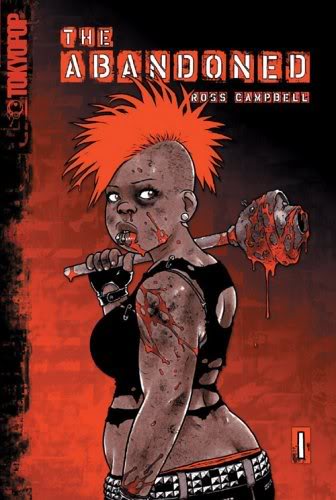 I learned about The Abandoned from Good Lesbian Books’s Lesbian Fiction list. A lesbian zombie graphic novel?! Sounds too good to be true! I tried to brace myself before reading it. Maybe there would just be gay undertones. Nope! It’s established from the first couple of pages that Rylie is into girls, though romance isn’t really a big plot line in the book. And when I actually got The Abandoned in my hands, it looked even better. A fat lesbian PoC protagonist?! And the art is amazing. Rylie is just as awesome as she looks. She and the other characters in The Abandoned have their own interesting personalities and interactions with each other. Rylie is the only person of colour character, but there are other queer characters. Honestly, the only complaint I have is that there isn’t more! I read The Abandoned in one sitting. Apparently, there were supposed to be two additional volumes, but they got cancelled. I wouldn’t say, as some reviews do, that this volume ended on a cliffhanger, exactly, but it is open-ended. The Abandoned also has some hardcore zombie gore. You do see people torn apart. So if you like zombie gore and lesbians, I highly recommend this!

One Reply to “Danika reviews The Abandoned by Ross Campbell”