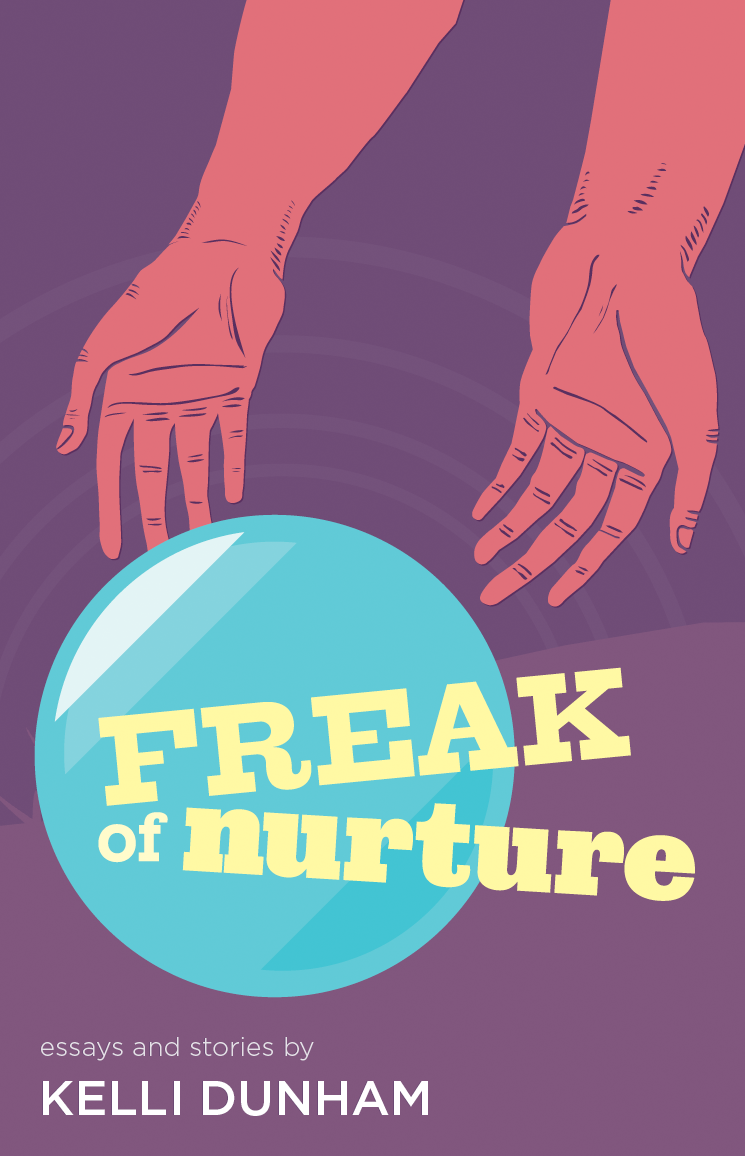 I picked up Freak of Nurture, a collection of essays and autobiographical stories by comedian Kelli Dunham, because Dunham seemed to have a sense of humour I enjoy, the writing sounded strong, and so far nothing published by Topside Press has steered me wrong. And Dunham is funny! I wasn’t wrong about that. What I wasn’t expecting, however, was the sort of dark topics that Freak of Nurture covers, from her growing up with alcoholic parents to having two successive partners both die from the same (usually curable) cancer, to volunteering as a nurse in Haiti. This is not light material. And yet somehow, even when reading about this really difficult experiences, the writing style is so compelling that I could hardly put it down. I read almost the entire book in a day. The topics covered in this collection are really interesting, including Dunham’s genderqueer lesbian identity, her comedy career, and her attempts to become a nun in her twenties.

This collection covered such a range that I really think there’s something in here to interest anyone. I tweeted near the beginning of reading Freak of Nurture that I was enjoying it and would recommend it to anyone looking for a light, funny memoir. Well, it gets a lot more emotional later on, but there still is a comedian flare to these stories, and Dunham always managed to slip in some sarcastic joke even in a heartbreaking scenario. The last essay in this book is a conversation in which she repels cocktail party guests looking for funny quips from the resident comedian:

KELLI: I called my most recent girlfriend my miracle love because I thought I would never love anyone after my other girlfriend died. She developed, and then died from the same disease my first girlfriend had. Having two partners who die of cancer withing a five-year period is an extremely statistically unlikely negative situation, which is kind of the opposite of the concept of a miracle.

You may recognize Kelli Dunham from accepting Lambda Literary Award for best bisexual non-fiction on behalf of her late partner Cheryl Burke for Burke’s autobiography My Awesome Place. I would definitely recommend Freak of Nurture to just about anyone, whether you’re reading it for the bits about gender, lesbian jokes, nursing anecdotes, tales of a queer ex-nun, or just human experiences told well. Kelli Dunham has written several others books to do with nursing, but I hope that she comes out with other autobiographical collections, because I’ll definitely want to pick those up. And that’s another great read from Topside Press!