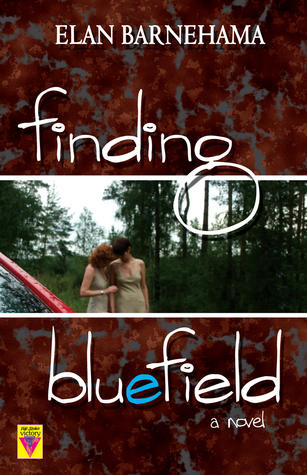 Most times that I write a review, I try to balance the things I liked and disliked about a book, to try to give a balanced, but truthful review. I’ve got to be honest with you and say this outright, though: this is one of my least favourite books I’ve read in a while. It’s a book that spans several decades, that focuses on two women trying to build a family together in the 60s (and 70s) in the southern United States. As would make sense for the time period, they witness racism (not directed at them) and homophobia. There are racial slurs and racialized violence and other triggering content in this book. As much as that plays its part in the book, I don’t feel like it got the focus it should have been given if the author was going to include it, however. It seemed glossed over considering the violence that happens.

As for the characters, I didn’t feel any really connection to Nicky and Barbara, our main characters. That’s probably just a personal thing, but I didn’t feel like I really knew them or related to them. One other major character ([spoiler, highlight to read:] their son [end spoiler]) didn’t seem to get any characterization at all [spoiler] and he leaps in age through the novel, so that you don’t even get a sense of his personality as a child before he’s an adult [end spoiler]. The writing was not terrible–though I left it at my mom’s house when I was visiting, and she picked it up and said “It wasn’t written very well”–but it wasn’t anything impressive to me. The pacing was a little strange, with most of the conflict happening at the beginning of the novel, and leaps in time happening throughout. When I got to the end, I didn’t feel any real closure. It just seemed to drop off. There was also one section (the beginning of chapter 10) where I actually couldn’t figure out what was happening, even after reading it several times. Was it a flashback? A phone call?

It was about 60 pages in when I really started to not be impressed with the novel: [spoilers] first of all, a black man is (we are lead to believe falsely, which makes sense for the time period) accused of raping a white woman. Again, if this was more of a central theme to the story, I don’t have a problem with tackling the reality of racism, especially in this time period. However, Nicky replies that this woman couldn’t possibly have been raped: no one needed to rape her, because she just needed to be bought a few drinks, and she was probably just too drunk to remember. I felt uncomfortable with this whole scene, because although I believe he was falsely accused, the idea that this woman couldn’t be raped because she has sex with men often is really gross, not to mention that if you’re so drunk that you have no memory of it, you can’t really give consent. In a completely separate event that made me question the novel, one of the main characters goes out and sleeps with a man without telling her girlfriend and comes back and basically says “I thought you’d be happy because now we get to have a baby!” Her girlfriend is at first appalled and then just sort of accepts it, but then years later sleeps with some woman to get even and never tells her girlfriend and it never comes up again. It just seems super unrealistic. [end spoilers]

It was about that time that I flipped over the book and realized that this book was written by a white man. (Also, DO NOT READ THE BACK COVER if you’re going to read this book. I read about half of it at the 60 page mark and it spoiled all the way up to where I’d read plus a few more chapters. The rest of the blurb spoils up to about 20 pages from the end of the book.) It’s not that I don’t think men can write about lesbians, or that white authors can write about racism, but I will admit that I am more skeptical. And when I saw that, it made me think, “Ah, that explains that bizarre way one of the main characters acted in their relationship.” It didn’t seem to show a realistic view of lesbian relationships.

My main problem of Finding Bluefield is this: it tries to do too much. It’s as if it’s trying to document racism and homophobia in the 60s and 70s South, but a) it’s trying to tackle all of that in a 216 page book b) with no personal experience with that prejudice and c) there are already many great accounts of lesbians who actually lived through this time period and experienced it. If you want to know what it was like to be in a lesbian relationship then, read one of those books. (Or watch “Forbidden Love: The Unashamed Stories of Lesbian Lives“, which is a documentary that weaves in hilarious re-enactments of lesbian pulp narratives.)

I know that tastes can differ pretty widely–this book just got a very positive review on Lambda Literary–but it’s not one that I can recommend.