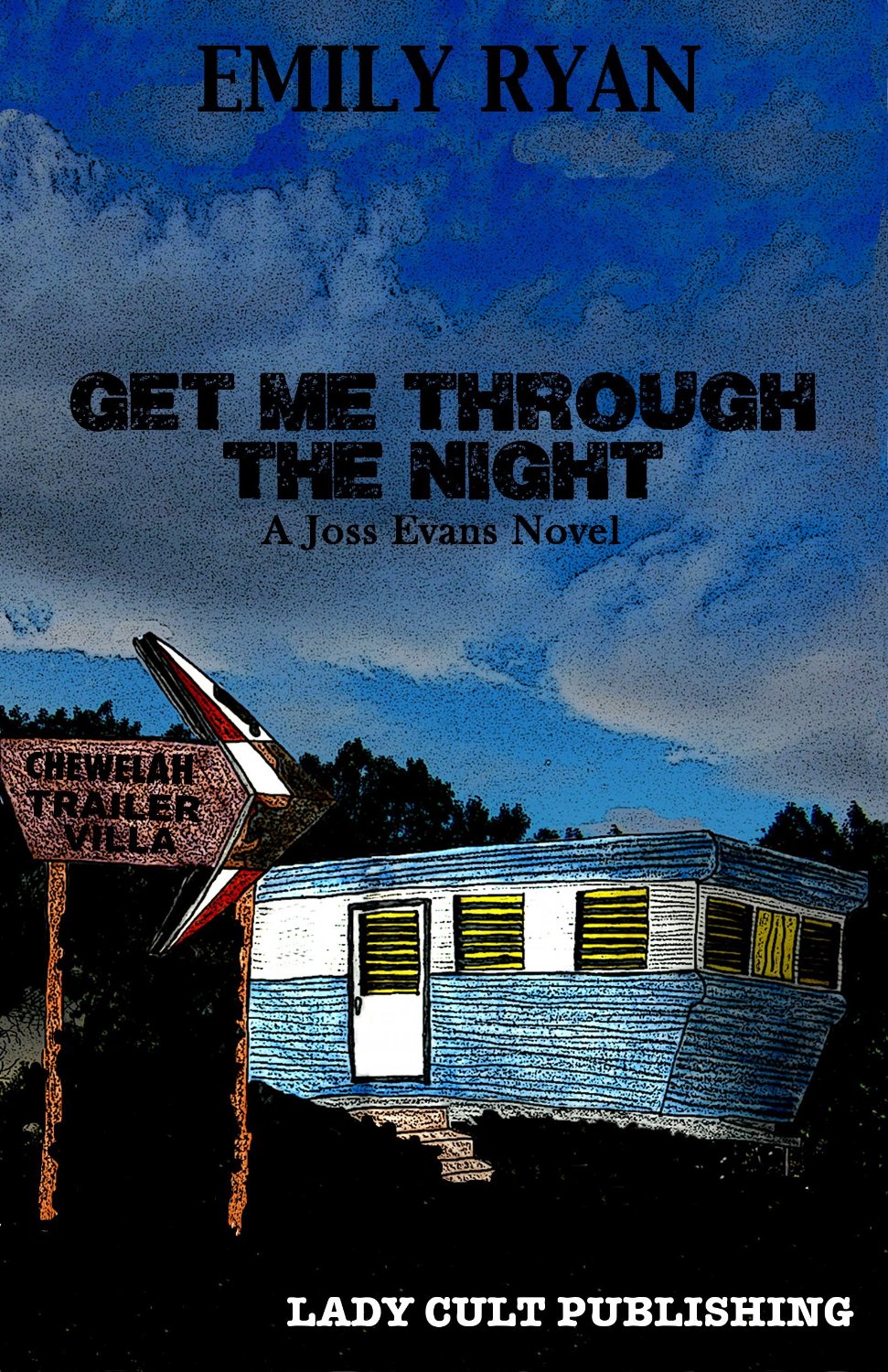 Joss, Caroline, and Izzy were best friends. At nine, Caroline was abducted. At 17, Izzy was murdered. At 31, Joss is a tough-as-nails waitress at a bar in Chewelah, Washington, and she lives across the trailer park from her mom. Joss is not given to introspection, and the joking banter she engages in at work stands in for intimacy. Despite an almost galling lack of self-knowledge, Joss has a considerable and unwieldy psychic talent, and she reads tarot cards on the side.

An old classmate, Tammy, needs a reading. Weird stuff goes down, Joss passes out, and Tammy bails. Joss is displeased. They rejoin forces, because it seems the dead may not be staying dead. Other players from Joss’s past are called in including Elena, an old high school teacher. Strange happenings abound. Soon circumstances get way beyond anything Joss, Tammy, and Elena could ever control. They call in some assistance, and the cavalry rides in in the form of a lesbian Wiccan couple from Spokane. What’s going on in Chewelah?

This is a series opener. I have been a copy editor for over a decade. And I would pick up (or download) the second title in this series when it’s released, and that’s saying something. Let’s just get this out of the way–this book desperately needed a copy editor. Particularly one with a basic grasp of homonyms.

The book is also seriously uneven, and it sketches in its background and characters in broad strokes. At the beginning this is problematic because there’s really no hook, and it’s a plot-driven novel. Some of the plotting is brilliant. There are some amazing fundamental big ideas. But some of the plotting is clunky. How much abuse and murder can one tiny town hold? But–and stop, stop, just wait–after some hitches and starts, “Get Me Through the Night” takes off. It flies along for a while really enjoyably.

Despite Joss’s initial one-dimensionality, she’s an actual character. She grows and changes. She has some severe denial going on. And while I mentioned the Wiccan couple above, they’re great characters with an established relationship, but the real Lesbrarian interest spark is with Joss, who has never really felt–or acknowledged to herself that she has felt–anything for anyone. I appreciated that her initial romantic awakening isn’t overblown. It’s well in keeping with her character. And Emily Ryan guides your series-reading eye toward where Joss might be headed next, relationship-wise.

That’s one of the big strengths of this book: it’s a great setup. Joss is a character you’ll want to follow, having spent a good bit of time enjoying her company in the first book, at least after the initial chapters. She’s in a setting where you’ll want to see what transpires, and there’s a whole lot that could transpire, both personally and in general. (An excerpt from book two is appended.) And I think the best part–and this is so tough not to give away, because it was really just a brilliant bit–is that there is a gorgeous potential setup of a great Big Bad.