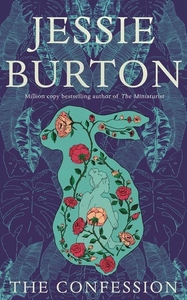 Elise Morceau is enjoying a winter’s walk on Hampstead Heath when a striking older woman catches her eye. It’s attraction at first sight for the pair of them. Soon Elise is being whisked away by Connie – a successful author whose book is being developed into a Hollywood film.

Does this sound like the plot to a romance novel so far? Although romance is an important part of the book, the genre’s about to turn into a mystery.

Three decades later, Rose Simmons is looking for the mother who left while she was still a baby. All her father will tell her is that Elise’s disappearance is linked to two books from the 80s.  Between her unfulfilling job and her failing relationship, Rose is ready for some intrigue. When she tracks down the author, she manages to bluff her way into a job interview using a fake identity. Now she suddenly finds herself assistant to this arthritic stranger, Constance Holden, helping her to work on a third novel after a long spell of inactivity. But how did Constance know Elise, and how will Rose get the truth out of her?

The Confession is Jessie Burton’s third novel too – and one that’s been hotly anticipated after the bestselling success of The Miniaturist and The Muse. I loved Burton’s attention to historical detail and the authentic character voices in her other books, so I couldn’t wait to get my hands on The Confession to see if it lived up to them.

Just like in her previous work, the bonds between characters are Burton’s greatest strength: the rocky passion between Elise and Connie, Rose’s fizzling-out love for her boyfriend, the guarded intrigue Rose feels for Connie, and – at the centre of it all – the absent space where a mother-daughter bond should connect the two timelines. All of these are written so believably that I really felt transported into the psychologies of the characters.

Although I (of course) love a tumultuous romance between two women, the most compelling strand for me wasn’t actually the story of Elise and Connie’s relationship, but the modern-day plot where Rose tracks down Connie. I really enjoyed watching Rose trying to unpick the mystery of what happened to her mother, and the tension of whether Connie would uncover Rose’s true identity. It’s like Chekhov’s gun: you know it has to go off at some point, so you’re on the edge of your seat the whole time waiting for it to happen.

I was a bit disappointed that I didn’t enjoy the sections set in the 80s more. I think it was an issue of pacing: the start of Connie and Elise’s relationship unfolds so quickly that I didn’t feel like I’d had the chance to watch them fall in love. Because of this, I wasn’t so invested once things start to get difficult between them.

Even so, the modern day sections had enough drive behind them that I was still propelled through the book.

I also appreciated Burton’s refreshing take on writing about motherhood. Without spoiling too much of the plot, it doesn’t fall back on the tired narrative of motherhood as the ultimate fulfilment. Burton isn’t afraid to write about postpartum depression, [Spoilers:] or to show that, for some women, a happy ending is deciding not to have children at all. [End spoilers]

Burton has definitely continued the momentum of her first two novels in The Confession, and I’m excited to see where and when she’ll take us next. Hopefully she won’t follow in Connie’s footsteps and make us wait three decades for another book!