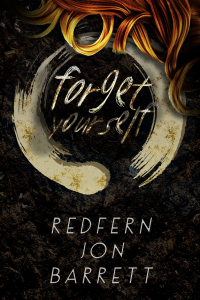 Blondee’s world is comprised of fifty huts divided between four groups of people: least, minor, moderate, and severe. Each person is grouped based on what crime they committed in their previous life, though nobody can really know for sure what their exact crime was, as everybody comes into this world with no memories of who they previously were. The few memories people have are recorded in a book and used as rules to govern this world. The memories Blondee begins to have, however, will change the course of her world.

This is a tough book to review. It’s speculative science-fiction unlike any I’ve read before. Blondee’s world is new, both to the reader and to the characters, creating a deep sense of uncertainty throughout the novel that never fully dissipates. Every character is an amnesiac, making the world outside their prison compound a complete mystery and creating a strong sense of claustrophobia. We don’t know where we are, and we don’t know where we came from. I will admit, the eventual reveal left me scratching my head, but it also left me thinking in a way that very few dystopian novels ever have.

The issue of sexuality is just as complex as the rest of the narrative. Although Blondee’s world seems far more open-minded than our own, monogamy is still the law of the land, and when Blondee begins to shift into the world of polyamory she is quickly shunned by the rest of the compound. This is a world where everybody must act in the same way and follow the same rules, and having two lovers simply doesn’t fit with those rules. Despite the reaction of the rest of the compound, Blondee continues to date Burberry and Fredrick simultaneously, and, for a short time, this works for all three. Then, Blondee begins having memories.

The way that memory is dealt with in this book was something I found particularly intriguing. Everybody arrives into the world fully formed, but with no idea of who they are. When they do have memories, they’re vague. “If one person cheats, the other breaks up with them.” Nothing is personal or specific, and so it is believed that all memories are simply reminders of how the world works. When you’re with someone, they live with you. When you break up, you have sex once, and then one of you moves out. Things that in our world are decided based on personal preference are rules in Blondee’s world. This eventually leads to terrible consequences when Blondee remembers marriage, finds a bridal magazine, and re-introduces heteronormativy and traditional gender roles into a world that operated rather smoothly without them. This shift is one of the many social commentaries embedded within the narrative, and it may potentially be the only one that I fully grasped.

There are a few warnings you should be aware of before picking this book up. There is a decent amount of fatphobia within this book, all dealt with in a very casual way. Suicide is also a theme, and while it is not omni-present, it is rather explicit when it comes up. [major spoilers]This book also includes the death of a queer woman and of several queer men [end spoilers]. There is also explicit sexual content throughout the book, if that is something you prefer to avoid.

Overall, Forget Yourself is a tightly woven, complex story that deeply examines our society, sexuality, and the personal in contrast to the general. While I did greatly enjoy this story, I must admit that a lot of what happened in the final section went over my head, leaving me confused and a little unsatisfied. A second read might be in order, now that I (sort of) know where everything ends up.

One final note about Forget Yourself: don’t be fooled by the quick pace. This book initially seems like a light, easy, mindless read. It isn’t. It really, really isn’t.