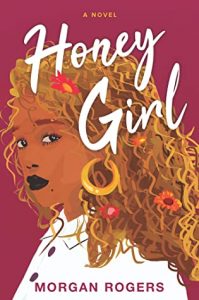 Honey Girl is Morgan Rogers’s debut romance between Grace Porter, newly minted Doctor of Astrology, and Yuki Yamamoto, late night radio host and part time monster-hunter. The two characters could not seem further apart, both physically, with Grace habituating on the west coast and Yuki being a New Yorker, and emotionally. And yet, when they get drunk and married during a long weekend in Vegas, they’re both determined to hold onto and deepen the bond they created that night. The book also deals with Grace’s struggle to gain her footing post-graduate school and figure out who she is and what she wants out of life now that she has her degree and she’s not following her detailed PhD plan.

What I really liked most about this book was the sensory experience it created while reading it. Grace doesn’t exactly remember her Vegas wedding clearly, but what she remembers are details like how Yuki smelled – like sea salt and sage – and what Yuki remembers most about her is along the same lines – the vivid color of Grace’s hair. The whole book is like that. From the orange grove Grace’s mom runs to the tea shop where she works part time while finishing her doctorate, the book is loaded with details that draw the reader in with all of their senses. Even sound – Yuki has a late night radio show titled “Are you there?” that pulls at the heartstrings of loneliness and is about the late night reach for connection but is also a monster-hunting show. The story is alive with sensory details, and it really brings the characters and their lives to life.

I also enjoyed that it was a book about self-discovery. I think a lot of people will connect with Grace’s post-college troubles in figuring out how to start her career and the rest of her life. And a lot of people would connect with Yuki – trying to keep their passions and hobbies alive while going about the business of day to day living. Both characters end up in Vegas, drunk and getting married to a stranger on a whim, but their wedding isn’t the bulk of the story – Grace and Yuki using their instant fascination and trying to navigate into a real connection while dealing with the outside pressures of jobs and families is. Meanwhile, Grace is really struggling to translate her academic life into a life after college after a disastrous job interview drives home the point that hard work and a great mentor don’t guarantee anything if you’re Black and queer and what that means, both in practical terms of what she wants to do next and in an emotional one of what her priorities towards herself should be. I think this book did a very good job of mixing wish-fulfillment romance ideals with real world work and themes that will resonate with readers.

In conclusion, I found this debut romance to be a delightful yet emotional journey that does an excellent job of evoking both a romantic fantasy and real trouble and difficulties and emotional work. Grace and Yuki have both an instant, ephemeral connection and the knowledge that they must put in work to build a real relationship. The writing is charming, the problems are relatable, the family expectations are stressful, and overall this was a queer romance that I fell headfirst into and would not hesitate to recommend. 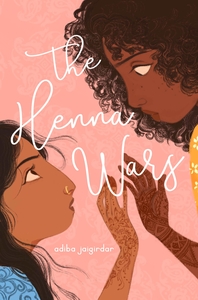 The Henna Wars was my most-anticipated 2020 release. First of all, look at that beautiful cover! Plus, rival henna shop owners fall in love?? Who can resist that premise? As with many books I have high expectations for, I was hesitant to actually start it. Luckily, it lives up to the promise of that cover and premise.

Actually, I was impressed from the first pages. The dedication page reads: To queer brown girls. This is for you. After that, it has content warnings! (For racism, homophobia, bullying, and outing.)

We start the novel with Nishat contemplating coming out:

So that is how I spend Sunny Apu’s engagement, trying to construct the perfect coming out moment, and wondering if that even exists. I try to think back to every movie, TV show, and book that I’ve ever seen or read with gay protagonists. Even gay side characters. Each coming out was tragically painful. And they were all white!

She is a second generation Bangladeshi immigrant living in Ireland, and it’s not the best environment to come out in. She knows that her (private, all-girls) school will not take it well, and her family likely won’t, either. She has, however, already told her sister, who she is close with. The relationship between Nishat and her sister Priti was one of my favourite parts of the novel: they begin this story with an unshakeable bond, telling each other everything.

At the wedding, she bumps into Flávia, who she hasn’t seen since they were elementary classmates. Now, there’s an instant spark, and she’s pleasantly surprised to see her at school the next day. Complications arise in Business class, however. They all have to start their own business, and Nishat plans to do henna–she’s been practicing for years, learning from her grandmother, and feels like she’s beginning to be able to do justice to this art form. Unfortunately, Flávia noticed the henna at the wedding and comes up with the same idea–teaming up with her (white) cousin, who has spread racist rumours about Nishat.

Nishat tries to talk to Flávia about appropriating henna, but Flávia (who is Black and Brazillian) says that it’s just art, and that it’s actually really easy! Cue a painful rivalry for Nishat, who is determined to win this competition.

Okay, that’s more plot summary than I usually give, but it’s really just the first chapter or two. The Henna Wars is a fascinating book on several levels. One is that it grapples with cultural appropriation from another woman of colour, which I don’t think I’ve seen in fiction before. Flávia is clueless to why Nishat is upset, and says that maybe Nishat doesn’t understand because she’s not an artist. It’s a mess.

But what really caught my attention is that this story manages to seem hopeful and joyous while dealing with dark subject matter. Nishat is trying to survive in a profoundly homophobic environment. She is not safe within her family, within her school, and doesn’t even feel sure she can tell her friends. She is harassed for her race, and the counselor can’t even get her name right. Even the pockets of joy she finds in a new crush and doing henna are complicated by this appropriation and competition, and Flávia’s teaming up with her racist cousin.

Despite all of this, though, Nishat never seems to lose herself. Even if her family doubts her and she faces pushback at school, she knows who she is, and she refuses to be ashamed. In the end, it doesn’t matter if she wins the Business competition or gets the girl: “Because I’m still here and I have my friends, my sister, and my family. And things will be okay.” [Spoiler, highlight to read:] Her parents earnestly watching Ellen is perfect. [End spoiler]

I can only imagine how difficult it is growing up as a Bangladeshi lesbian in Ireland. The Henna Wars suggests it’s a gauntlet. But Nishat is a model of steadiness and strength within the storm. She’s not perfect–she has flaws, makes mistakes, and sometimes is so embedded in her problems that she forgets to look around at what other people are dealing with–but she is inspiring.

I’ll leave off with a quote I couldn’t help but include:

“I don’t have a type,” I say, and it’s true; I’ve never really thought about having a type. I guess my type is… beautiful girl. Which is a lot of them. Most of them? Pretty much all girls. 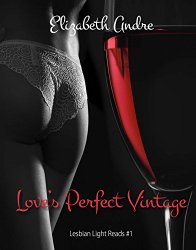 Would you let your mother find your next girlfriend? Beautiful thirty-two year old African-American Aisha Watson works hard all week as a budget analyst and plays hard all weekend as a competitive longsword fighter. But her heart was recently broken, and she’s not even so sure she wants to be in love again after a series of dating disasters. Aisha’s mother decides to find her a nice girl and introduces her to Kris Donnelly.

Kris, with long chestnut brown hair and vibrant green eyes, is Aisha’s former high school classmate who is all grown up and become one of Chicago’s leading sommeliers. In between choosing fine wines, she’s just getting back into dating as Aisha is leaving the scene, but Aisha is about to learn that her mother may be right about something. Could Kris be the woman for whom she’s been searching?

To be released on February 19th, Love’s Perfect Vintage is the first in what I hope will be an ongoing series of ‘Lesbian Light Reads.’ Despite being light on page count (42 pages, according to my Kindle) as well as tone, Love’s Perfect Vintagemanages to give us a believable Meet Cute and happy ending for a well-adjusted lesbian couple.

Right off the bat, both Aisha and Kris feel like fully-fledged adults. Aisha has a career and hobbies and a life before she meets Kris and she continues to enjoy them once she and Kris start dating. Neither heroine is a flat archetype, and I really enjoyed Aisha’s relationship with her parents. Andre also sells the chemistry between Aisha and Kris when they meet at a barbeque thrown by Aisha’s family. A short line establishes that they were acquainted in high school, making the instant “Wow, you’ve grown up” feel believable.

The narrative feel of the story puts me in mind of the story a new friend might tell you about how they met their partner. There’s no real conflict, just a couple of months of them getting to know each other, working dates into their schedules and realizing the relationship is a serious one. I appreciated that both Aisha and Kris continued to go out on exploratory dates with a few people (though we don’t see the dates) before realizing how well they fit together. The whole situation feels like the organic growth of a healthy relationship, and it really does feel realistic.

If you need a reminder that happy lesbians in healthy relationships exist this Valentine’s, this is definitely the story for you. I’m so impressed with what Andre managed to do in 42 pages and I’ll definitely look at her other work.

(And the blurb mentions it, but a black lesbian heroine! We absolutely need more of that).