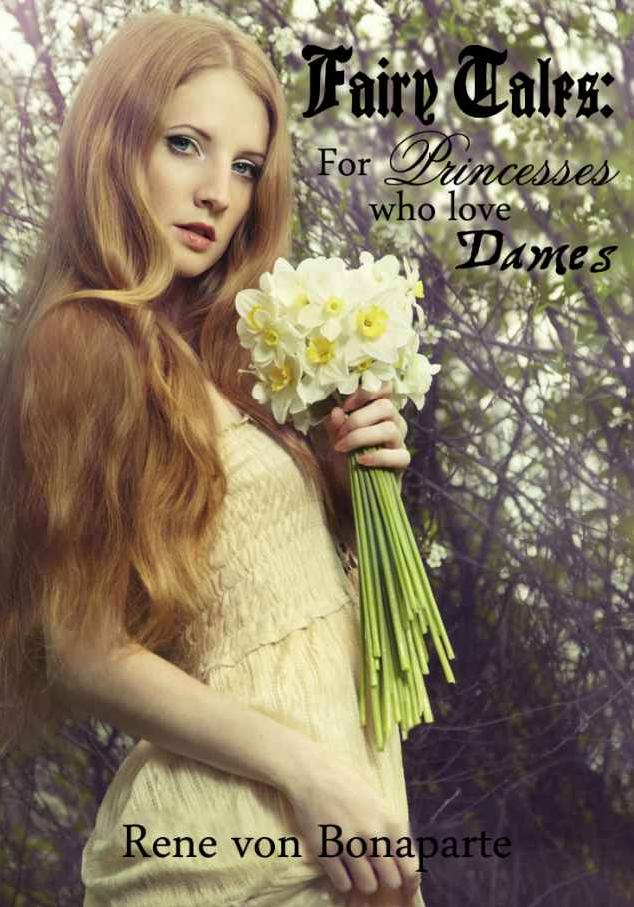 Fairy Tales for Princesses Who Love Dames by Rene von Bonaparte is a collection of classic fairy tales retold in a modern setting with lesbians as the main couples. It includes adaptations of “The Princess and the Pea,” “Swan Lake,” “Cinderella,” “Beauty and the Beast,” “Sleeping Beauty,” and “The Frog Prince”.

The stories are set in the modern world, but the language of each one retains the “once upon a time” lyricism of classic fairy tales. I found this method of using old-fashioned language to describe modern things and concepts (such as cell phones and rock stars) charming. Each heroine met and wooed the girl of her dreams, and I appreciated that attention was not drawn to the characters’ sexual or romantic orientation as if it needed some sort of explanation. While I think stories in which a character’s status as a gender or sexual minority is discussed are very important, I also long for stories in which nobody blinks an eye when a girl kisses another girl. These were those kind of stories.

I did have some problems with this collection, though. It really could have used a more thorough editing–I was thrown out of the story countless times by misspellings, misused words, and incorrect punctuation. More importantly, I was disturbed by the standards of beauty these stories upheld. White skin was consistently used as an indicator of beauty–I felt I was supposed to understand that the heroines or their objects of affection were beautiful simply because of how white their skin was. There were women of color, but they were always the “exotic other,” the object to be obtained or saved, rather than the central character who did the saving. I really feel it’s important to avoid using language that supports white skin as the default and brown skin as something that sets a character apart. Also, while the heroines did have a variety of body types, one of the evil stepsisters in the Cinderella story was described as fat and the narration used a lot of negative fat talk (comparing her to a pig, etc.) to illustrate how ugly she was. These undertones all made me very uncomfortable.