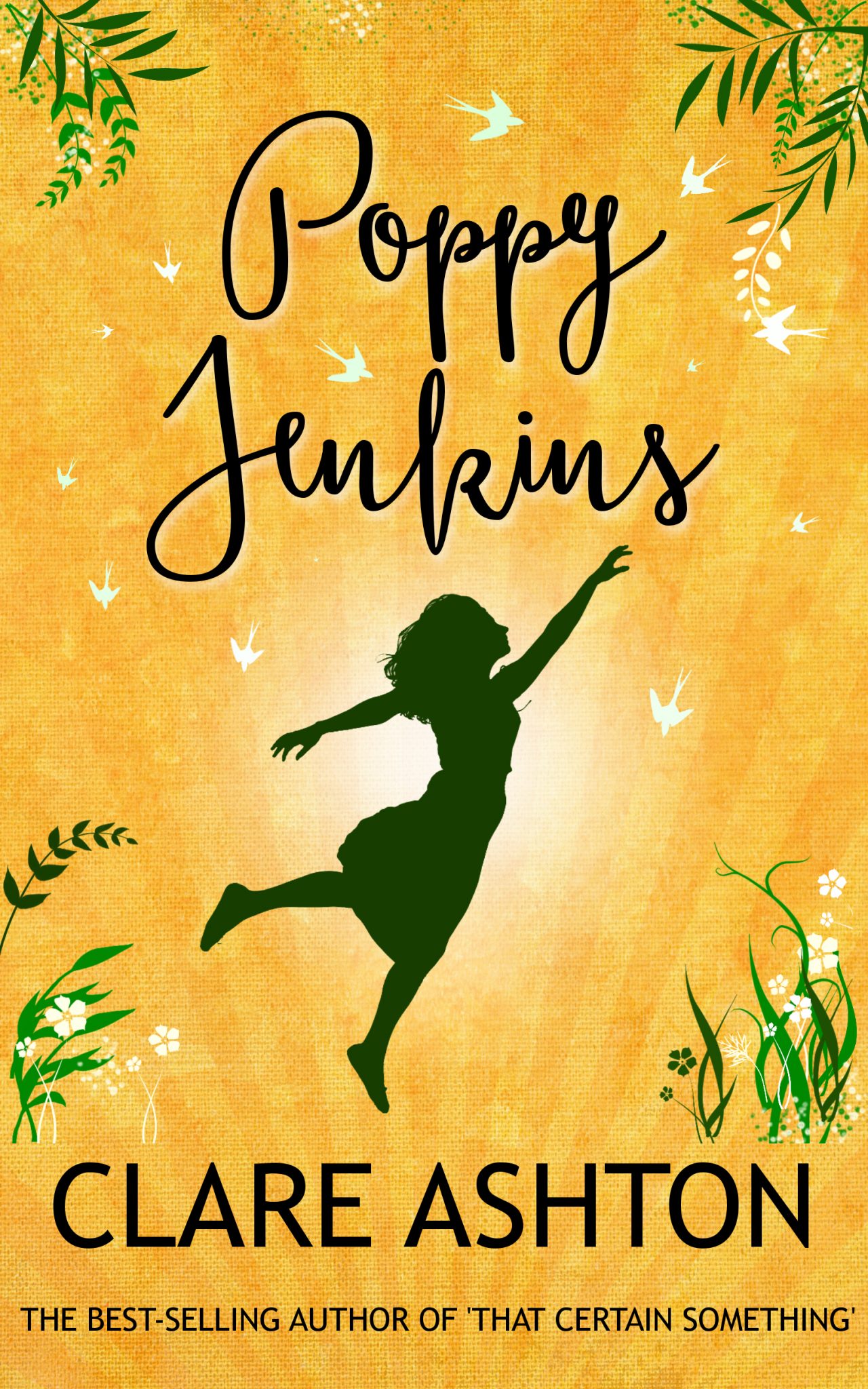 I wouldn’t call this a retelling, but Poppy Jenkins is very reminiscent of Jane Austen’s Pride and Prejudice.  The setting is similar, a small community of good albeit sheltered people.  Far from the hustle and bustle of the big city life.  I could imagine the quaintness of it all.  The way author Clare Ashton describes it, I see the shire in my minds.  Old, rustic, charming.

The titular character, Poppy, is Ashton’s Elizabeth Bennett, and her love interest, Roselyn Thorn (I love name puns, by the way) is, in this case, Ms. Darcy.  A key difference is that Poppy and Roselyn were childhood friends who had a falling out as teens and reconnect fifteen years later.  I love the second chance at love romance trope, which made me excited to read this novel.

The more I read on, the more frustrated I got with the story and Poppy in particular.

Like Fitzwilliam Darcy, Roselyn isn’t thought well of by the small town she lived in.  The citizens of Wells found Roselyn (and her parents) to be snobbish interlopers who don’t fit into the the culture of the town.  Rosalyn was blamed for a lot juvenile trouble in the town, and was thought of badly by most townspeople–members of Poppy’s family included.  I didn’t understand why Poppy was so obtuse as to why Roselyn had such a negative feelings towards Wells.  It’s not necessarily a character flaw to call out bullcrap when you see it and to not take actions and people at face value.  I understood why Roselyn was reluctant to come out at such a young age and was miffed that Poppy didn’t get it.

Poppy’s entire life, or at least from what we’ve seen on page, has been relatively easy.  Everybody loved her, there wasn’t a mean thing to say amongst the townsfolk.  For the most part, Poppy being accepted as a lesbian was simple with very minimal negative reactions.  She’s never really had to fight for anything and that was made clear in both instances when she just let Roselyn go without much flare.  Poppy immediately thought the worst seeing Roselyn with her ex-girlfriend going off into the night.  Didn’t go investigate, didn’t go lay claim to the woman she loved.  Poppy just went home and had a pity party and at that point I was well and truly done with her.

I don’t want to say I didn’t like Poppy.  Her Disney princess schtick was cute at first, but her gullible optimism started to grate.  I know what’s it’s like to have pride in my hometown, where no one is allowed to talk bad about it (except me, and others from there).  But you can have pride in your town and call out the issues you see in it, not just be willfully ignorant because you don’t like what an ‘outsider’ is saying.

This story dragged on a bit too long.  Once the town’s crook got caught and Roselyn made her grand gesture, I just needed that happy ending.  I needed Poppy to get off it and see and accept all the good Roselyn did and KISS ALREADY.  And by the time I finally got to the end, I just wasn’t as satisfied.

Roselyn lowkey saved the town Poppy loved so much, saved the best friend’s wedding, uprooted her life, altered her career, provided Poppy a stage to expand her cafe business, provided a solid business plan to put roots down and settle, remodeled a house that the two could share together, and Poppy still was mistrustful.  But an apology (that personally I don’t think was needed) about a misunderstanding that happened fifteen years ago was what made Poppy take her head out of her behind?

By the end I was left wondering if Poppy Jenkins truly deserved a woman like Roselyn Thorn.