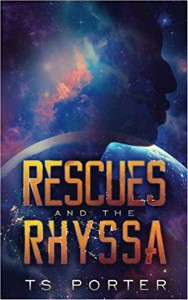 Two occasional lovers with many differences team up to save three kidnapped kids. And then it gets even more complicated.

Sophi is the captain of a smuggler ship with a diverse crew, including two types of aliens, a nonbinary human, and Muslim humans as well, if I understood the cultural clues right. They are quite literally a found family, especially with the reptile-like aliens who accept Sophi into their family as a male based on her role, despite her being a human female. I absolutely LOVED the aliens we’ve seen, and the fact that we had the opportunity to see from their perspective. Both the analoids and the blatta were well-developed, unique and complex species with their own culture that is very different from humans, and seeing Sophi as a human make the effort to take part in that culture and adjust was really interesting. (No spoilers, but there was a scene pretty late in the book that showed the crucial importance of having blattas on your ship and it was amazing. I love blattas.)

And then there’s Cadan. Cadan is big, dangerous, scarred, and she doesn’t exist. She has been turned into a weapon for her King that she is endlessly loyal to: she goes where he tells him too without question. And yet, she’s far from being emotionless. We find out early on that she is actually part of the king’s family: his children are her niblings, the king is like a cousin or even a sibling, and she is devoted to all of them because she loves them. I loved to see Cadan with her blood family just as much as I loved to see Sophi with her found family. Both of these families had unique members and plenty of love and care for each other despite their differences. I also really love the idea of a transgender king where it is only casually mentioned once because otherwise it’s not a big deal to anyone. And I love the kids. Seriously, I love the kids.

And of course, there’s Cadan and Sophi together. They are very different people with different values and different goals, which causes a lot of tension in their relationship. Yet, they love each other. There are plenty of sex scenes in this book, some of which seriously made me blush, but one of my favourite scenes was the completely non-sexual yet intimate bondage scene that Sophi used to relax Cadan. I admit that sometimes I felt like there is too much tension and not enough common ground between them for this to actually work as a romantic relationship as opposed to casual sex, but the ending/epilogue was open enough that I can believe them getting to that point.

If you are looking for a F/F sci-fi story with well-developed aliens, relationship conflicts and family dynamics, this might just be for you. I know that I enjoyed it.