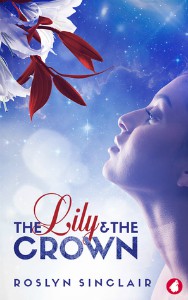 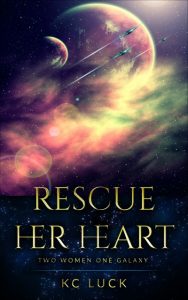 Rescue Her Heart is a fun debut novel featuring a mysterious disappearance of both father and fuel, space girlfriends and pirate battles. I would call it science fiction light, so if you are interested in a lot of word building, this might not be for you. However, if you are a fan of adventure romance and can go along with some space travel and blaster battles, you will enjoy this whirlwind romance.

This novel is told in round robin style, ping ponging every chapter between the two main characters points of view:

Captain Nat Reynolds is an expert and experienced Space Ranger Pilot. She has been in the Rangers since she turned 18. Now she is 28 and recovering from a brutal battle where she lost a fellow Ranger. Her recovery is by way of a cushy space patrol assignment. Well, it was supposed to be a cushy assignment. That is until a seemingly run of the mill fuel theft incident down on planet Prospo threatens to upend her life.

In 18 short years, Catherine Porter has lived a hard life. Her mother died when she was young, and her drunk of a father has been missing for nearly a month. She has been evicted from her home and has minimal credits to her name. How will she survive?

Nat is in desperate need of a morale boost, which comes by way of a risky rescue of Catherine following the crash of her ancient space craft she purchased in a last stitch effort to find her father. Now that the galaxy has brought them together, will they be able to find Catherine’s father? Catherine’s father’s disappearance isn’t the only mystery these two need to solve. Their discovery mission brings fierce queer space pirate Sal into their orbit and she is definitely hiding something. Nat and Catherine have instant chemistry, even if Catherine doesn’t know what that feeling overtaking her is just yet.

The age-gap between the two is not an overshadowing part of the story, but it is definitely a factor in their relationship and how it progresses. Catherine has survived a hard family life, but she has hardly lived. Nat has survived a solitary life in the Rangers, but hasn’t really loved. They both have a lot to learn from each other. For Catherine, there is nothing like being swept away by a real life hero to start her on the road to discovering her sexuality. For Nat, protecting people is what she does, but its different when it is someone she is undeniably attracted to.

Another thing that really warmed me to this story is the friendship between Nat and Dee. Dee is a dispatcher for the Space Rangers, and in their communications together you can tell there is a lot of history and a lot of love for one another. Dee shows up throughout the story, as well as some of Nat’s other queer friends who we get to meet in a Sapphic space bar. Space pirate Sal is the shining secondary character but Dee and Vic and the others bring their own sparkle to this story. A significant number of my friends are queer, so seeing queer friendships reflected is really great.

Through their many adventures, Catherine and Nat are constantly tested. Watching their relationship develop and kept me interested. Pick this one up and find out how all these mysteries resolve themselves and whether Nat and Catherine can make their relationship work beyond their mission.

By day Mallory is extremely passionate about higher education fundraising and by night she is a hype girl for all things Sacramento, CA and all things queerkru (especially fandom rarepairs). Her favorite trope is age-gap. She wishes she could read all the things and eat more ice cream, alas hermione refuses to lend out her time-turner. Give her a follow on twitter @datalover916 or over on tumblr.