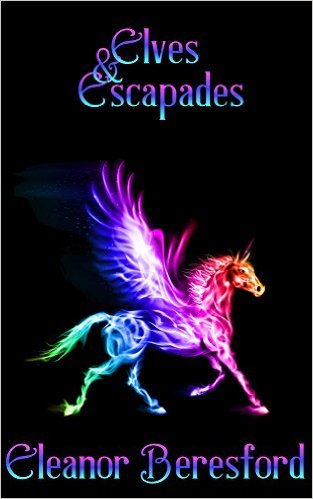 “you’ve grown up more than you want to admit”

Elves and Escapades is the second book in the Scholars and Sorcerers series. The book is only 136 pages and you’ll fly through it like a Pegasus (heh).

This book picks up after the events of the first one and is similar in its tender tone and adventures. It’s filled with hot-headed and strong characters and so many friendships that could serve as an example in real life!

We see more magical creatures in this book and also we learn more about some students, especially young ones with crushes on Charley and Kitty, the trouble-maker from the fifth.

We see a development to the characters as well. Rosalind, despite appearing so fragile is also very strong and takes initiative. As she says, she makes her own choices. Cecily is as supporting as ever and has Charley’s back no matter what and this is reciprocated. Esther is loyal despite being self-centered and she asks for little in return. Gladys and Frances are interesting characters for some drama. Diana, from her end, is back to causing trouble though you cannot help but feel sorry for her.

The romance happens! Of course, there were some misunderstandings but Charley and Rosalind do manage to solve them like grownups. There’s a bit of misplaced jealousy from both sides, but nothing that is triggering. At times, especially during the holidays, it feels like Charley and Rosalind are in their own tender bubble. They discover intimacy together and you see the rush of first love.

Charley and Rosalind are two gentle people, that are kind though Charley is sometimes crass and they are both powerful. Clearly, they make a good power-couple!

Towards the end, two things make an appearance, one can be guessed by the title, the other based on the previous book. The adventures seem to be escalating! The book ends with hope for the future on all fronts and it is so uncomplicated in its way that it makes you feel better. There was a scene that I think did justice to ‘virginity’. I am not that comfortable with the whole concept overall but during the end, it was clear that ‘untouched’ didn’t mean simply by a man and that was validating what the couple had (although there was no need, it was nice).

On a side-note, I like the Pegasus graphic in chapters! I think they’re cute. Also, Rosalind’s surname is Hastings and I couldn’t not imagine her as a Pretty Little Liar Hastings! These are small things that make the reading experience better.

Overall, this was a sweet read, with some spice and adventure. I would recommend reading soon after you read the first book and without much breaks as my enjoyment was diluted due to commitments and flights that wouldn’t let me continue reading it. It’s a short fantasy adventure, set in a boarding school with magical creatures and more queer characters than the main ones, so be sure to give it a read if you are into that!