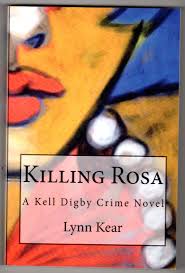 Former hit man Kell Digby, eager for a distraction after her girlfriend Gretchen dumps her, is hired by ex-boss Rosa to take out a business competitor in Miami. The simple hit turns complicated, and Kell is forced to match wits with a dangerous foe.
Lynn Kear’s latest release, Killing Rosa, is the sequel to Black-Hearted Bitch, a book I enjoyed, and I couldn’t wait for the sequel to released. I was curious to see what would happen next in the series, and Kear didn’t let me down. Kell Digby is a cheeky, intelligent, and stubborn character. She’s flawed and she knows it. I love a fantastically flawed character that’s still lovable. The sequel starts off fast, slows down some, and then the action picks up the pace again. What I find intriguing is how Kear sucks me into the lives of her characters. The suspense of what’s going to happen is coupled with character development. At times I became so engrossed in Kell, I forgot about the mystery. This is a smart thriller with excellent characters. Now I can’t wait for the next installment. 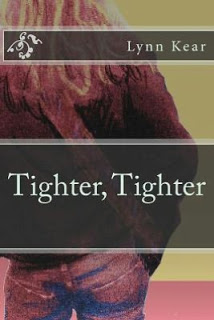 Today I’m pleased to review Tighter, Tighter by Lynn Kear. This is the second novel I’ve read by the author and I have to say I’m quickly becoming a devoted fan. Before I say more, here’s the synopsis:

This cold case is personal for prosecutor Meredith Carlson. Billy was her husband’s father.

Convinced she’s solved the case, Meredith lures the now legendary rock star back to her hometown for the first time since she left thirty-five years ago.

Meredith has no idea she’s about to unearth shocking secrets about herself, her husband, and her family.

A couple of months ago, I read and reviewed Black-Hearted Bitch and really enjoyed it. I mentioned in that review that Kear hooked me right away. The same can be said for this novel, Tighter, Tighter. From the very beginning I wanted to know more. I won’t try to explain too much since I don’t want to accidentally include any spoilers, which is why I copied the synopsis for this review. I hate finding out too much before I read a book.

The story has a lot going on and there are a few twists and turns. Yet, Kear’s writing simplifies the plot. She has a unique way of throwing a lot of curve balls at the reader without confusing the reader. Sometimes authors are too busy keeping their readers off-balance that they forget that the plot has to make sense. This isn’t the case with this book. Even though Kear kept me on my toes, I never thought I was lost at sea. Each chapter added to the suspense.

The characters are all pretty selfish and I didn’t relate to them personally, but I found myself liking many of them on some level. It’s difficult to create flawed characters and yet still make them somewhat likeable and I have to give kudos to Kear for accomplishing that.

I didn’t intend on reading it in two days, but I did. Simply could not put this book down. I look forward to reading more by her. 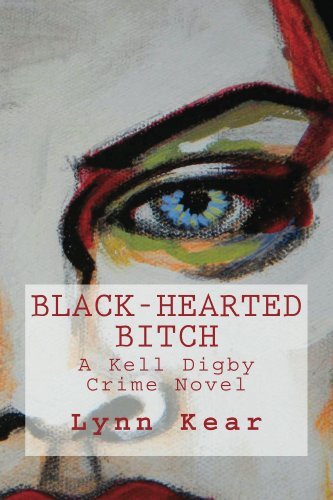 Black-Hearted Bitch is the first book in the Kell Digby Crime series by Lynn Kear. Here’s a brief synopsis:

Hit man Kell Digby has been killing for so long she’s become bored. Sent from Chicago to Atlanta for a routine hit, the assignment goes bad. Brutally betrayed, she’s content to nurse her wounds until she’s lured back to life with an irresistible con game involving a sister she never knew she had.

I won’t say anything more about the plot since I don’t want to ruin the story for anyone.  I will add that Kell Digby is a lesbian and I’m pretty sure this is the first book I’ve read about a lesbian hit man. This isn’t Kear’s first book, but it was my first time reading one of her books. The other day I decided to read the first page to see if I would like it. I had no intention of reading the book anytime soon. As it turned out she hooked me right away and I finished it in two days.

Kell Digby is a fascinating character. The plot is entertaining and it’s a quick read. This is the type of book that’s fun to read as long as you don’t take it seriously. If you think too much about the plot the story will unravel. Don’t do that.  Just sit back and enjoy the ride.  The focus of this book is the main character. There’s action but I was surprised by the character development. The reader really gets to know Kell and I think since this is the first book in the series that will really help in the long run. And in the short run the author includes just enough action to keep the story moving along. The ending was a surprise and I’m curious to see where Kear takes the story next.

If you are in the mood for a fast read that will keep you turning the pages give this a go. 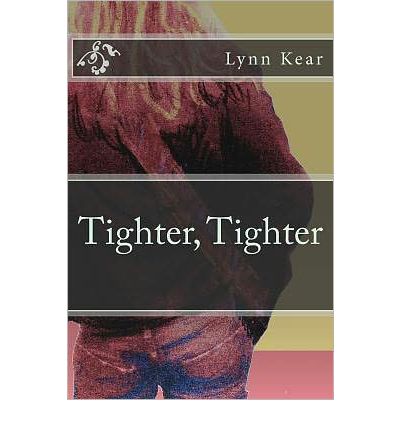 That same night, local sandwich shop owner Billy Carlson was gunned down and dumped in the St. James River.

This cold case is personal for prosecutor Meredith Carlson. Billy was her husband’s father.

Convinced she’s solved the case, Meredith lures the now legendary rock star back to her hometown for the first time since she left thirty-five years ago.

Meredith has no idea she’s about to unearth shocking secrets about herself, her husband, and her family.”

Right out of the box let me clearly state that this is just my own personal opinion and yes I have seen several reviews of this story where it was highly rated.  Unfortunately for me, I hated this story and it had very little to do with the actual writing.  There are a variety of characters with various subplots that all intersect with the major underlying mystery of who killed Billy Carlson.

The problem for me as a reader was that I hated the characters.  The majority of them are self-centered and self-absorbed.

Kath Branch is the stereotypical music personality who cheats on her partner and sleeps around while on the road.  Meredith Carlson wants her 15 minutes of fame by solving Billy’s murder even if that means steam rolling her husband’s wishes. Meredith is convinced the killer is Kathy Branch and will do whatever it takes to prove that.  Ellen Walker isn’t nearly as self-absorbed but she is also not a sympathetic character.  If the opportunity arises for a fling with Kathy, she’s taking it and has informed her husband that she’s going to do just that.  What the heck, he owes her a free pass since he’s cheated on her in the past.

I just hated them, all of them.  It got to the point where I couldn’t stand reading about them.  In fact, I abandoned this book several times.   The only thing that kept bringing me back to finish reading it was that I committed to reading the entire story, but it was hard.

Normally such a complex plot with all the inter-related storylines would keep me intrigued but by the time I hit the 50% mark I’d lost all interest in who actually killed Billy Carlson and never really got interested in the mystery again.  My only goal was to just finish the thing.    Finally there was a turning point in the story where I actually started to enjoy the writing, so much so that I made a note.  It was at the 93% complete mark.

I don’t really want to discourage people from reading this story, but it turned out to not be my cup of tea.  Maybe because if I knew of these people in real life I would not want anything to do with their drama and would be sorely tempted to smack them upside the head.

Having said all of this, despite hating this particular story, I would read something else written by Lynn Kear another try because the writing itself was ok, I just didn’t like the plot/characters of this particular one.