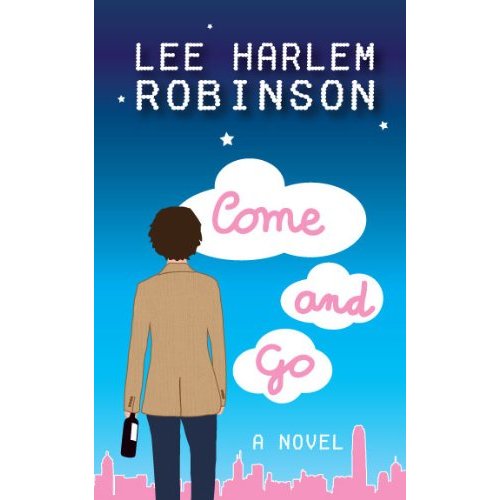 Lee Harlem Robinson, the fictional narrator of Come and Go (and the pseudonym for first-time novelist Hannelore Arbyn), was transferred to Hong Kong after a relationship with her boss in London. As the novel opens, Lee has just gotten out of a relationship with Stella, who left her for an intern, and she is far from over it. The writing is generally innocuous and unobtrusive but occasionally cringe-inducing; on Stella, Lee wonders, “What is it about her that made me fall so hard and deep so quickly, anyway? I was smitten after the first night. Her lips, I tell myself. Those sparkly pink chunks of flesh.” In present-tense, short, simple sentences, Lee narrates nights out drinking and macking with her posse of gay boy friends. Unfortunately, these men are nearly indistinguishable as they are introduced generally only as Chinese or not, perhaps with a quick once-over of their outfit, and differentiated primarily by their level of cattiness or sexual prowess. They tend to just drink and talk about sex–albeit with sometimes-humorous rapport, à la a gay and lesbian Sex and the City.

Lee goes on to sleep with a few women, obsess about Stella, go back to her a couple times, and finally meet a promising alternative–Nikki. She then drinks some more, makes bad decisions, loses Nikki, considers moving away from Hong Kong, and generally finds romantic happiness at the end of the book. The sex scenes and descriptions of the various women Lee beds are satisfying, but will often make readers want to smack themselves in the forehead in frustration over Lee’s self-sabotage.

This title is a sequel to a story about Lee that was serialized on the author’s blog (www.leeharlemrobinson.com) from October 2010 to February 2012. Come and Good would have been much better presented in the same format, as daily blog updates. In book form, it is difficult to retain concern for any of the characters beyond Lee and her two main romantic interests. Hong Kong as a setting has so much potential, but the bits of atmospheric description here are not enough to satisfy. Generally, readers could get a better breakup/breakdown/makeup/move-on story while they enjoy a night out with wine and cocktails and their own humorous posse.