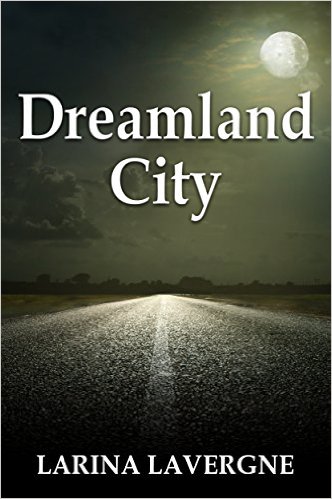 Dreamland City had me hooked from the first page. Lily, a freshman at Duke University, has arrived on a full scholarship despite not having much enthusiasm for academics. Naturally gifted, she’s been launched into a environment of well-off peers while still coming home as often as possible to the trailer park (Dreamland City) she grew up in. The first chapter of the book describes Lily trying to escape a family friend as he tells her–for the millionth time–about her birth. Born in a kiddie pool out back of their trailer to a mother who was drunk and high, hers wasn’t the water birth the parenting magazines had in mind.

I came into this book expecting a young adult/new lesbian adult romance. As it became obvious that Lily has an ongoing sexual and romantic relationship with her stepfather, I realized this was going to be darker than I originally anticipated, but I still enjoyed the ongoing relationship between Lily and Reagan. Reagan is from an “old money” family, and between that, her good looks, and her enmeshment in Greek (sorority) politics, she appears to be the kind of perfection Lily can’t stand. When they’re assigned together for a project, however, they form an unlikely relationship, and I was beginning to think the YA/NA romance angle was back on track. That is rapidly derailed, however, and Dreamland City takes a turn for the grim that I wasn’t expecting. Perspective shifts suddenly to Reagan, and we learn what’s hidden behind the veneer of perfection.

This was definitely a read that surprised me. I actually put down the book halfway through in shock, and then speedread to the end of the chapter to see if maybe it was a dream sequence. Although this wasn’t the narrative I had prepared for, it definitely delivered. Both Reagan and Lily are deeply interesting characters: flawed, judgmental, angry, and desperate to survive, but in completely different contexts.

Although this wasn’t what I was expecting, Dreamland City turned out to be one of my favourite reads so far this year. It’s engrossing and compelling. My only complain would be one minor continuity error. If you’re okay with gritty narratives with all the beauty of a broken window, definitely pick this one up.