Vividly rendered at the intersection of liminal spaces of all kinds, Santa Olivia follows the story of Loup Garron as she comes of age on the Mexican-US border.  Born to a woman and a genetically enhanced soldier, part of a military “werewolf” experiment, Loup inherits some of her father’s abilities. After being orphaned, she is taken in by what is left of the local church along with other children.  Together, they begin to address the wrongs perpetrated by the military on the townspeople. In this dystopia, a DMZ buffer zone was created and all existing towns declared military outposts. Located between countries, in a place the rest of the country was told no longer exists, this is a beautifully austere and gritty novel that delves into moral ambiguity, survival and love with both eyes wide open.

As Loup and other orphans of the town become increasingly aware of the injustices around them in what amounts to a small military dictatorship, her abilities allow them to adopt the identity of a the church’s patron saint, Santa Olivia, known for making peace in a dangerous war zone.  A counter-intuitive choice perhaps, but one that resonates beautifully against the backdrop of stark contrasts in this book. As a team, they begin to right wrongs, and dream of getting out.

Threaded throughout this narrative is the romance between Loup and Pilar.  Sweet, devoted and sensual, Carey weaves an incredibly heartening relationship into an austere landscape of a town that does, and does not, exist, with a wide variety of multi-racial characters fighting not only to survive, but to live.

So many things stand out with this wonderful book, the character development is brilliant and complex, with excellent world building that is one of Carey’s calling cards (see her Kushiel’s Legacy trilogy, set in an alternate Europe complete with sub cultures, political machinations and international policy consequences).  The liberal use of profanity throughout juxtaposes with the luscious writing in a way I can only compare to Steinbeck’s The Grapes of Wrath or Angela Carter’s work. The voices of moral authority in the face of despotism and corruption come from members of the Catholic Church who may or may not be in a relationship and who may or may not have ever been ordained in the first place.  As with so many aspects of this book, sources of authority are treated with extreme cynicism while the heart of the story is about individuals negotiating those systems

Carey not only builds one of the most amazing and delightful relationships between women I’ve ever read, but also takes on questions of power with the character of the physically lush Pilar.  She has access, via her appearance, to power by charming powerful men – and indeed both she and the troupe utilize it as an asset and make no bones about doing so.  It makes for an engaging application of 3rd wave feminism as these characters own their sexuality and make us of all the tools available to them. In addition to sex positivity and agency, several fraught topics are explored in intriguing ways here – including bisexuality, being multi-racial, chosen family, military control, genetic engineering and manipulation, and gender/sexual power dynamics.

This novel is also an interesting critique of the typical super-hero story.  Loup has super speed and strength, and a will to do the right thing – much like most any of your super-hero du jour.  Loup and her cohort have absolutely no privilege and throughout the story, this doesn’t particularly change – it isn’t a pull-yourself-up-by-your-bootstraps American mythos narrative.  Where a more mainstream superhero character would be hyper-masculinized by an inability to feel fear, this trait is constructed as a danger for Loup.  After all, if a child can’t feel fear, how do they begin to develop survival skill around every day dangers like crossing the street?  In a highly feminist move on Carey’s part, Loup may be the muscle behind their vigilantism, but she and her friends must work as a group to protect one another and their town.

Fans of urban fantasy, dark fantasy and dystopia will likely enjoy this work – though it sits solidly in none of these sub-genres and is a very different story than Carey’s earlier work.  For fans of Angela Carter, Catherynne Valente, Seanan Mcguire (penname Mira Grant) and Margaret Atwood, you have been waiting for this genetically-engineered lesbian superhero dystopian werewolf folktale.

Emily works with teens in a library by the sea and is a recovering academic who writes, reads, and thinks mostly about fairy tales, gender, queerness and cats. When not playing minor-key Celtic tunes on her fiddle, she avidly tracks down obscure fairy tale anthologies and has a yarn storage problem for her knitting. As ever, she pursues that culinary Questing Beast, the perfect guacamole. 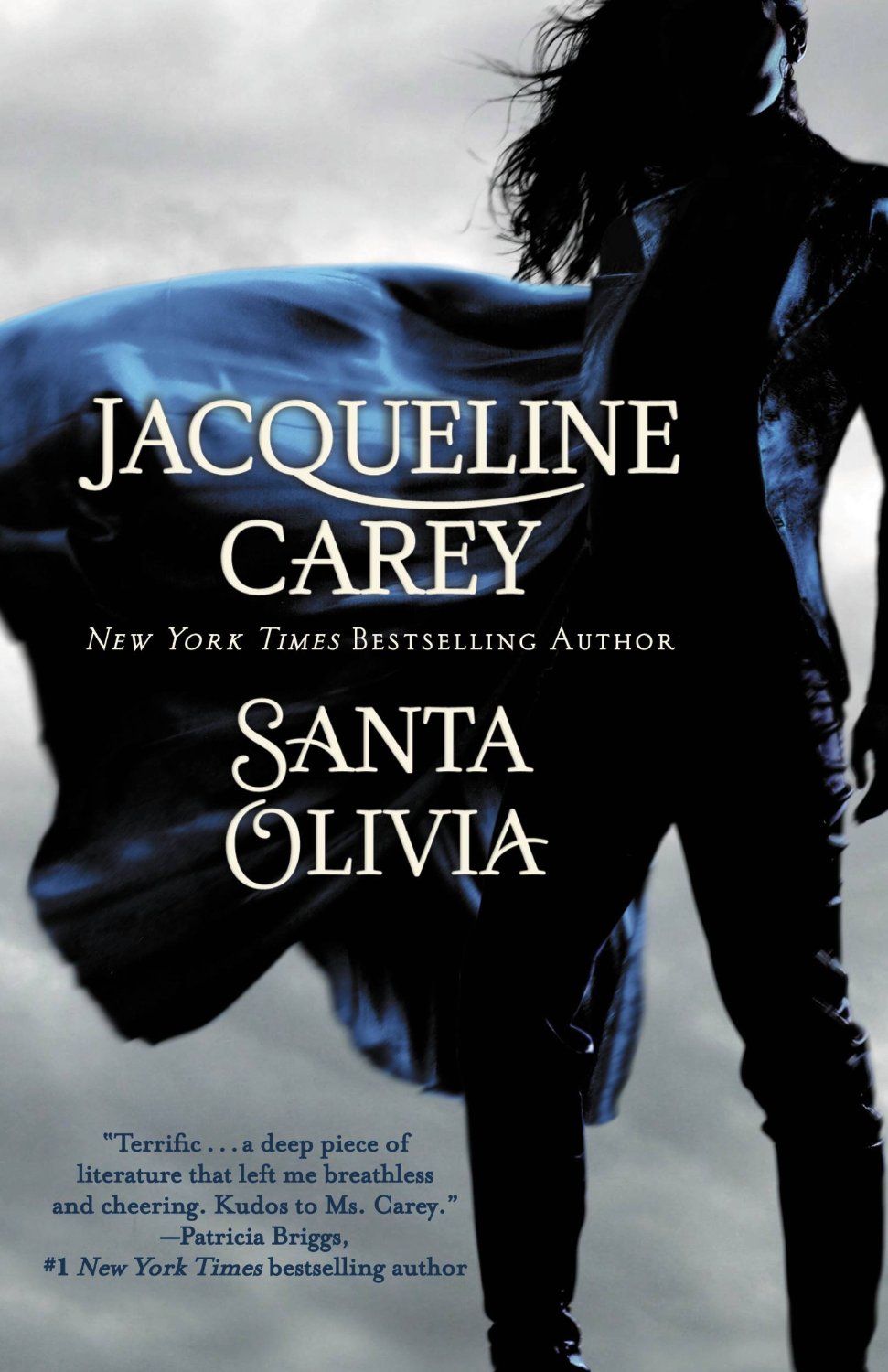 Santa Olivia is one of those books that’s really hard to describe. You’ve got a dystopian 10 minutes into the future United States, a daughter of one of the genetically-modified “Wolf Boys,” and boxing. But Carey weaves all of those disparate parts into a ridiculously good story.

Loup Garron is born in Outpost 12, a militarized border outpost between Mexico and the US that started as the Texan town Santa Oliva. The citizens of Outpost are trapped behind walls and the US army, cut off from communications, technology, and news. Loup’s father was one of a group of escaped super-soldiers, genetically engineered to be stronger, faster, tougher than a regular human, and quite literally fearless. He vanishes shortly before Loup’s birth, leaving her to inherit those traits and a warning of the dangers of feeling no fear. The book follows Loup from her birth to young adulthood as she loses her family and finds a passion – boxing – that just might be her ticket out of Outpost 12.

Although she never labels her sexuality, Loup develops a lasting relationship with Pilar, a beautiful girl who grows up with her at the church-run orphanage. Pilar is definitely flawed, but I ultimately enjoyed watching her grow up into a better, more mature person.

The art of boxing plays a fairly heavy role in the story after a certain point; Carey’s descriptions are visceral, which may be overwhelming for some readers. I found the explanations fascinating, and it definitely felt like she did her research.

If you’re familiar with Jacqueline Carey’s Kushiel series, expect a very different authorial voice in Santa Olivia. Though it definitely has complex themes, Santa Olivia is primarily a coming of age story. The book gets dark at times, but Loup’s inability to feel fear and the tight third person perspective helps to cushion the blow. The story focuses on character development and Loup’s powers are a liability most of the time, rather than a boon.

Overall, I love Santa Olivia. I’ve reread quite a few times, and it’s probably my favorite of Carey’s books. Loup’s relationship with Pilar is sweet and sexy, although it generally fades to black. If you enjoy the first one, there’s also a sequel – Saints Astray – that winds up being a much lighter book 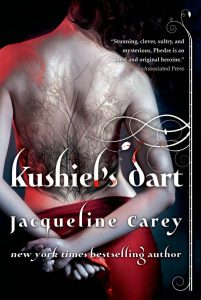