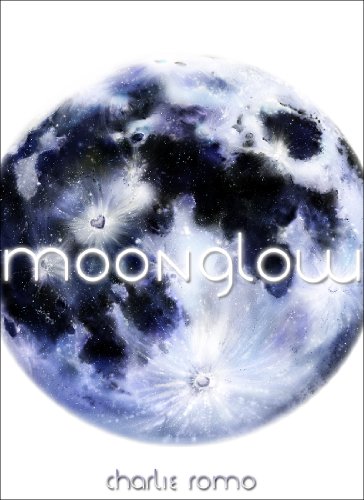 I haven’t fretted over exactly what to say in a review as much for any other book as I have this one, simply because I’ve never read anything that is both so endearing and yet also so riddled with basic errors before. Charlie Romo’s novel follows the adventures of a super model in the futuristic super-city of Moonglow, her relationship with her female lover and with the various other quirky characters around her.

There is, undoubtedly, something a tad charming about what Romo is trying to do. The characters are endearing, and the novel itself is littered with page breaks that double as happy emoticons and hearts. Moonglow as a world is super-shiny, bright, effervescently sweet – the characters glitter almost as much as the city does. And Romo is nothing if not ambitious – the string of web addresses (there’s tumblr, a twitter, a facebook group, all dedicated to the world of the novel) tagged onto the end of the novel all suggest the potential for a protracted web-series of the sort we’re likely to see a great many of in the coming years as e-publishing truly takes off.

But all the charm and ambition of Moonglow is entirely undermined by the fact that it feels amateurish and unfinished thanks to its many, many basic errors in writer’s craft. It is littered with tense-changes, type-os and grammatical errors which jar the reader and make it impossible to enjoy the plot. Within the first chapter I counted five mistakes in the grammar and one tense change, and it doesn’t get much better as the book progresses. This novel, in essence, reads like un-beta-ed fanfiction and as such I can’t in good conscience recommend that anyone hand over money for this novel.

I might be prepared to tolerate this sort of work if Romo was operating as an amateur looking to develop his skill, rather than a professional who is charging people for his work – but he is charging people money, which for me demands a certain standard which he isn’t meeting. As it is, I would suggest that Moonglow simply isn’t worth the money. You can buy professionally published ebooks for the same amount, and avoid having to navigate confusing tense-changes and spelling errors whilst reading them. Indeed, there are self-published works available for free or for small donations that are of a higher standard than Moonglow (Sarah Diemer’s brilliant The Dark Wife springs to mind).

What Romo is trying to do is admirable, but he will not get far with Moonglow until he is prepared to properly revise his writing and get someone to knit-pick it for basic errors. 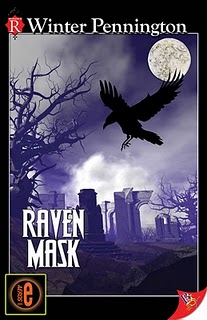 Raven Mask is the second in Winter Pennington’s series featuring the adventures of ‘preternatural investigator’ werewolf Kassandra Lyall, and I would most certainly recommend reading the first before the second as Raven Mask picks up fairly seamlessly from where the first novel leaves off. It is, however, an enjoyable romp told with flare and good humour and scattered with a decent number of extremely intense sex scenes which should keep any lover of Sapphic fantasy fiction very happy.

The plot is fast-paced and intriguing, and if it occasionally feels somewhat disjointed it’s more than made up for by their being a juicy love scene within the first couple of chapters to wet the reader’s appetite for what’s to come. This is the first of several love scenes between Kassandra and her vampire lover Lenorre scattered throughout the novel, which all manage to be both erotic and entertaining without overcrowding the plot. It’s somewhat unfortunate that here in Britain ‘Lenore’ is actually the name of a leading brand of fabric softener and couldn’t be less vampiric sounding if it tried – but I’m prepared to forgive Pennington that given that this book was clearly written with an American audience in mind.

Kassandra Lyall is a likeable, sympathetic and frequently funny heroine, and Pennington sets her up well amongst a brace of other quirky, intriguing characters – I developed a particular soft spot for the Beta werewolf Rosalin. The cast of vampires, however, feel a little over-egged: I for one think we’ve really moved past the point where blood suckers must all be faux-Gothic cartoons who dress like bastardised Victorians and speaks with British accents. We now live in the age of True Blood and Being Human, after all, and those shows have been so successful at re-popularising vampire fiction because they resist the Anne Rice style of vamp that permeated 80s and 90s cult lit. Pennington might be a little more successful at getting me to take her vampire characters seriously if she wrote them in a style that didn’t feel so dated.

However, I can’t be completely sure she isn’t doing so with a wink and a nod anyway – her tone is characterised by a slightly tongue-in-cheek mischievousness which shows most clearly in Kassandra’s wry wit and commentary on outrageousness of the situations she gets into. Pennington can just about get away with pantomime vampires where a less skilled author wouldn’t, because her narrative voice is so appealing.

Kassandra does occasionally stray into feeling like an insert for Pennington herself, however. Not only is she a gutsy lesbian werewolf, but a Celtic pagan witch with a particular affinity with ravens. This would be fine if the fact of her being a witch had any bearing on the plot whatsoever – but it doesn’t, and left me wondering why such a detail kept being shoe-horned in. Being a Hellenic polytheist myself I wont criticise the respectful inclusion of a Pagan belief system – neo-Pagans are sorely lacking representation in any kind of popular literature – but it does feel somewhat convenient that Pennington’s blurb mentions that she too is a pagan on a Celtic path with a great fondness for ravens and crows. No author separates themselves from their characters entirely, nor should they have to, but the tongue-in-cheek style which allows Pennington to get away with her vampires is missing from her descriptions of Kassandra’s spirituality and that leaves those sections feeling a little forced and out of place. She doesn’t need to be a witch on top of everything else – there’s no benefit to the narrative – and as such Kassandra being a Celtic pagan feels self-indulgent and jars the reader somewhat.

That being said Kassandra remains an appealing narrator and Raven Mask an entertaining novel – highly recommended to anyone looking for a sexy, funny, escapist bit of fluff to bury themselves in for an afternoon. 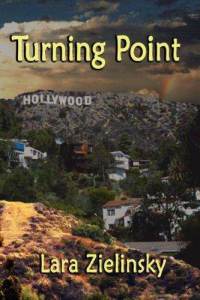 Turning Point is a sexy, sweet bit of fluff, with surprisingly believable characters and some twists and turns in the plot that are just about enough to keep you reading for something other than the inevitable sex scenes. The real strength of the novel is definitely in Zielinsky’s characterisation. All of her characters feel like substantial individuals in their own right, which is rare for a romance novel, where typically all of the energy spent on the romantic leads leaves little room for anyone else to be developed.

The characterisation is further strengthened by smooth, well-written dialogue and the interaction between our two heroines – Cassidy and Brenna – in particular is compelling. Zielinsky certainly knows how to write characters with chemistry.

The novel is let down somewhat by its pacing. The plot takes around 140 pages to truly start to thicken, and if I hadn’t known that this was a lesbian romance I would have spent most of those 140 pages wondering what the hell the story was about. There was nothing set up at the beginning to suggest that anything about these characters’ lives is worth sticking around to read about. It seems that Cassidy, the younger lead, is having vague issues with an ex-husband and may or may not be feeling left out by her colleagues at work, but there is no initial concrete crisis or dilemma with which the reader can engage. Zielinsky gives us no reason to keep reading beyond our expectations of smut – and if all I wanted was smut, I’d be on the internet looking up porn, not reading a book.

My feeling is that the author is over-reliant on the conventions of the romance genre to do the work of keeping the reader engaged for her. If I wasn’t already primed to look for the two female leads and then spend the entire novel anticipating their get-together, I wouldn’t have known that this was a story about Brenna and Cassidy falling in love until almost a third of the way through. Obviously, this is problematic.

The plot does eventually manage to gather pace in the chapters following an incident in which Cassidy’s son temporarily disappears from a store and the chemistry between Cassidy and her counterpart Brenna starts to tell. However, even after that, the build-up to the get-together is scattered and hesitant – I felt like it lacked a certain coherency and thus real believability was lost. It’s sad that, because of the pacing issues, the narrative fails to create real romantic tension between Brenna and Cassidy until only a chapter or so before they act on their desires, because the characters themselves are compelling. The get-together was also very pretty – Zielinksy knows how to write her sex scenes.

The bottom line is that Zielinsky can clearly write. What she struggles with in this novel is actually telling the story. There’s nothing wrong with her technical ability, but this novel just needed a stronger overarching narrative and a hook at the beginning to pull the reader in.