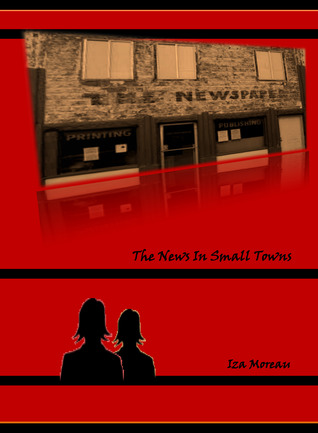 It’s not that hard to review an entire series of lesbian mysteries as long as you read them consecutively and within a fairly short time. Unfortunately for the genre, many series novels are just the same book written again and again with different minor characters who commit slightly different crimes. The Kylie Kendall mysteries by Claire McNab, are a case in point. Kylie solves cases for Australian clients while trying to find a way into her gorgeous colleague Ariana’s fashionable trousers—that’s pretty much all you need to know—and all you will remember. This is not to say that the Kylie Kendall mysteries are not enjoyable: they are. It’s just that there is no history in them; the characters do not evolve. Kylie is funny and uses quirky Aussie slang, but by the third book you are pretty tired of the same old.

The Small Town Series by Iza Moreau is quite different. In this literary, four-book series, the main characters age, mature, and even move on, all the while solving mysteries that range from quirky puzzles to serious crimes in their small community in north Florida.

In the first novel in the series, The News in Small Towns, Sue-Ann McKeown is introduced as a successful war correspondent in Iraq. She is called home to her small home town of Pine Oak, Florida after her mother dies in a riding accident. Burned out by the war and suffering not only from Post Traumatic Stress Disorder but also from a debilitating illness called Graves Disease, she decides to stay in Pine Oak, the only job she can get being that of a lowly reporter for the town’s small newspaper. And if things are not bad enough, the business manager for the newspaper is none other than Gina Cartwright—her old high-school nemesis—who just happens to be dating the editor. And that’s when the fun—and the romance—starts.

And hey, Sue-Ann is not only a pretty famous reporter, she was once an alternate on the U.S. Olympic archery team: she carries a bow and she knows how to use it. She is also a dedicated lower-level dressage rider. She is helped in her adventures by an elderly, napalm-scarred Vietnam veteran called The Creeper who lives in a mysterious compound in the woods with other battle-scarred solders—and with his grandchildren Gamma and Smokestack, who are the main deejays in the pirate ratio station located within the compound.

Unlike McNab’s Kylie and Ariana, who seem to have been born with the word DYKE tattooed to their foreheads, neither Sue-Ann nor Gina initially considers herself a lesbian. Remember that they both grew up in the 1970s in a very southern, very rural, very homophobic area. One of the strengths of these books is that, in addition to being fast-paced adventures, the author chronicles the doubts and fears and surprises of both Sue-Ann and Gina as they grow closer and closer together. Their relationship, in fact, overshadows the mystery in the book, which has to do with the very odd subjects of animal sacrifice, voodoo, and parental neglect. 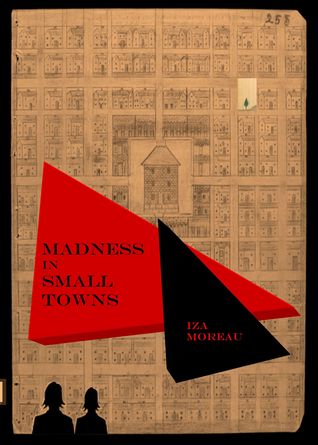 In the second book, Madness in Small Towns, Gina disappears, and Sue-Ann, in addition to solving a couple of puzzling mysteries—one having to do with a murderous escapee from a mental hospital who seems intent on skewering her with a samurai sword—has to find her. As in the first novel, there is a chapter about Sue-Ann’s 6-month posting to Baghdad—the friends she met, the boozing she did, and the tragedy she experienced there.

The third book, Secrets in Small Towns—which delves into the shadowy subject of child molestation in halfway houses—shows Sue-Ann and Gina as a happy, but still-secret, couple. In a small town in rural North Florida, not only could neither afford to come out, but no one else could either, so they lived their lives in the type of vacuum that so many gay women and men in small towns find themselves sucked into.

Well, why don’t they just leave? For one thing, Sue-Ann loves her job at The Pine Oak Courier, especially after she takes over as editor in Madness. She is also reluctant to leave the farm that her mother worked so hard to build, and the horses that live there. But mainly it is because she has already had her moments of glory and excitement. She is no longer interested in reporting—or shooting arrows—on the world stage. Been there, done that. She simply wants a quiet life with Gina

Those who are familiar with Robert van Gulik’s series of mysteries featuring Judge Dee in 7th Century China, know that his mysteries make use of the ancient tradition of writing in that era, having Judge Dee solve several cases—sometimes unrelated—in the same novel. Moreau follows this tradition, although her plotlines always merge at the end. Each book includes a chapter flashing back to the Iraq war and generally shows her skill both with horses and with her bow and arrow. And, of course, with her developing relationship with her former rival.

The fourth book in the series, Mysteries in Small Towns, is a collection of short mysteries featuring Sue-Ann and Gina. Although this is not unusual in the general mystery genre—we are all familiar with Agatha Christie’s books featuring short stories about Poirot and Marple—it is rare in lesbian mysteries, with only one other author—Barbara Wilson—attempting to augment her series novels with stories. Moreau’s short stories are, unlike her novels, more traditional mysteries with more obvious crimes and criminals that have to be brought to justice.

So the series is important on a number of levels, but maybe the most rewarding is the evolution of Sue-Ann’s and Gina’s relationship. They go from assuming their absolute heterosexuality to admitting that they are interested in each other—but just in each other. They then run the rest of the gamut of suspecting that they may be bisexual to finally eschewing men altogether and accepting that they are lesbians through and through.

For those readers that dislike reading about heterosexual sex, be warned; there are a couple of man/woman couplings in the beginning of the first novel, The News in Small Towns, but they are included to provide a realistic background for both Sue-Ann and Gina. If the subject offends you, either begin with the second book or read something else. Author Moreau has posted on her website that there will be no further Small Town Series books, but the four that she has left us will probably be around as long as there are lesbian mystery readers.  All four are available separately as inexpensive e-books or you can buy all four for under $10 from most e-book retailers.