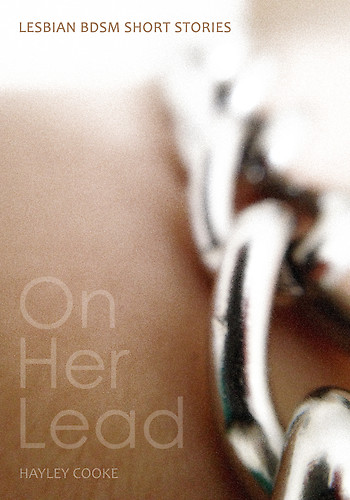 The writing style is very simple and to the point. There are no frills to the writing and whilst that may not always be ideal, it works quite well in this context, bringing the reader’s attention directly to the actions of the characters.

One thing I found a little disconcerting when I started was that Cooke only gives bare descriptions of most of the characters.  At first, this bothered me, and I kept thinking that I really wanted to know what the characters looked like! But then I realised that the minimal description actually works quite well in this format, and allows the reader to fill in the character details with their own imagination.

‘Coming Home’ was the only story I didn’t like in this collection. Whilst the rest of the stories in this collection were written in first person, ‘Coming Home’ was written in a mixture of first and second person. Second person narrative can be done quite well in erotica, and can be very effective in drawing a reader directly into the story. However, in this instance, the use of the second person narrative came across as quite flat, and I found myself bored and had trouble finishing this story.

This was certainly not the norm though, and I really enjoyed the other five stories. My favourite story was the first one, ‘Insufficient funds’ in which the story teller runs into her ex-girlfriend and her new partner at a bar and ends up being invited to be their submissive. The ex-girlfriend and her partner are both dominant, strong characters who have firm ideas of what they expect from their submissive.  The dynamic between the three women is engaging and this story probably has the most character development out of the collection.

I also enjoyed ‘Good Girl’, in which a submissive is restrained and gagged with only her phone in her hands for texting her Mistress. The text exchange between the two is amusing and the submissive failing to capitalise the word ‘mistress’ in a text message leads to extra punishment. ‘House Trained’ is the only story that veers from a strict lesbian context. This story involves the main character becoming involved in a submissive relationship with her landlord and the landlord’s male partner. The three characters in this story develop a sexual relationship which revolves around the main character servicing the couple both domestically and sexually. This is a captivating story, and it is fascinating to observe all the characters develop into their roles as the story progresses.