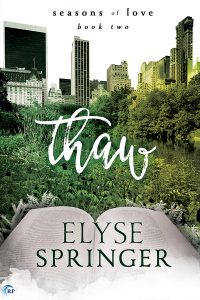 Closer to a 2 than a 3, but it gets bonus points for asexuality and librarians.

I was really excited about this book–I downloaded it literally as soon as I saw the email. I’m grey ace myself, so asexual representation is something I’m personally invested in. That said, I was expecting a light read, and that’s what I got.

I did the reading glo up backwards. I started out with Austen, Bronte, and Shakespeare in primary school, and when I got to high school, I discovered the trashy romance subset of YA. I like both romance and YA, and neither genre is inherently trashy or lesser than any other. The books I got into in year 7 were mainly just shit books–badly written, two dimensional, and very shallow. I enjoyed them, but nowadays if I’m looking for a hetero romance/YA, my standards are higher. However! I didn’t realise I was bisexual until quite a while later, and unfortunately there is quite a lot less sapphic anything than hetero anything; this is to say, I read sapphic books that I would DNF if they were hetero.

So, this is one of those books. This is not to say that it isn’t enjoyable, or fun–just that it is perhaps not incredibly well written and that I didn’t find it particularly believable. It’s light and fluffy, if formulaic, and while the characters are a bit two-dimensional, they’re endearing. The story follows Abby, a librarian, and Gabrielle, a famous model and ex-actress, who meet by chance and make a connection. Abby struggles with her asexuality in the context of a relationship, and Gabrielle has ~secrets~. These secrets lead to unnecessary conflict, drawing the two apart, which leads to a grand gesture and our heroines reuniting; essentially, plot you can see a mile off. It’s very obviously second in a continuing series, which I wasn’t super into – there was a lot of time spent rehashing the plot of book 1 and placing hooks for the following two. But hey–escapism is escapism.

My main quibble, if we’re bypassing what’s been covered, is the ‘asexuality 101’ aspect of the book. This is, again, a personal thing–I know what asexuality is and I’m looking to see it reflected in a fluffy romance, not a lesson. I’m sure (I read some Goodreads reviews when I was shelving it) there are people who appreciated this aspect of it–Kristy found it a “good learning experience”–but I found it unnecessary, like one of those books which agonises over explaining to the reader the phenomenon of non-men being attracted to non-men. I also felt that the book lacked chemistry, both romantic and platonic.

That said, it was fine! It was light and distracted me for about an hour, and it definitely got bonus points for including librarians and asexuality. I read it as a book which was maybe aimed at helping people realise they were asexual, or helping people understand asexuality, which is great–just not really where I’m at.

Content warning for some kind of dub con stuff and a few instances of abusive behaviour and language (neither between the main characters).