I posted a previous version of this review here. Trigger warnings for sexual assault and eating disorders.

Roxane Gay is an author known for her sharp and insightful thoughts on feminism and pop culture, as well as an established novelist and short fiction creator. This memoir added to her repertoire is no different.

With a book of essays dedicated to her personal body struggles, how she came to the relationship she has today with her body and herself, and a critical look at fatphobia, Hunger is brutal yet vulnerable. She makes a point early on to say that this isn’t a before and after story. This isn’t a story of triumph, of becoming overweight and fighting to lose it, and you won’t see a picture of her on the cover suddenly thin and glamorous. But this is a true story, and as I read it, I felt like it is many people’s story.

Since the first book of essays I read by her, Bad Feminist, Gay has been open about the sexual assault she endured as a child. She doesn’t shy away from it now, and in fact, goes into even more heartbreaking detail in this memoir than in Bad Feminist.

She starts her essays in this book with a look at her happy childhood and healthy family relationships, painting a picture of why she should have been a confident and strong girl, self-possessed. At least, that’s how I interpreted it, because I believe so many of us have been there. Like Gay, many of us look back on our lives and think, “Nothing happened that should have derailed my confidence or self-esteem, so why did I think so little of myself?” With simple sentence structures and plain language, Gay puts into words with such frightening honesty what it’s like in someone’s head. She doesn’t have the answers to our questions, nor to her own, but that’s not what she set out to do with Hunger.

As you read, you see her journey influenced by the terrible incidents of her past and how they shaped her relationship with food and her body. In an attempt to control what happened to her body, Gay details how she had to lose control of it in order to feel safe. She continuously explains in various chapters of the book that she ate because if she ate, she’d gain size, and if she gained size, she wouldn’t be so small and weak and easily taken over. Then again, she eats to fill the void, to satisfy the hollow left inside from the hands of callous boys who probably grew up to be abhorrent men, but no matter what she eats, it does not satisfy. It does not satiate. It just keeps leaving her hungry. 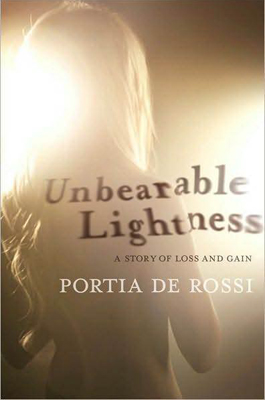