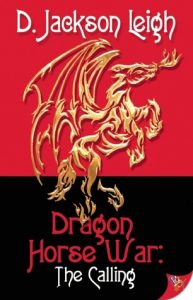 I made a yearly resolution to read more fantasy, especially series since those are the kind of books that I end up enjoying the most. I did some research and found this series which is centered around queer women (after I got the third book as an ARC on Netgalley…I thought it better to start from the first!). Happy Woman’s day (for yesterday!) this book series does contain some kickass and imperfect women.

The story is set in the future. After religious wars, people have recognized the Collective and most people are enlightened on the fact that they had past lives. The story follows Jael and Alyssa, however, there are some parts told from other characters’ point of view. In fact, the story starts from the antagonist’s Cyrus’ point of views and there are some parts from his views, but only a little. Most of the chapters follow Jael and Alyssa. Jael has been a warrior for the Collective in all her lives. She burns the bodies of those that die alone in order to release their soul; she also kills those that are badly-born in one life in order to have peace in another. Alyssa is a healer type and an Advocate for the Collective. Jael has some interesting abilities and Alyssa also. They are the ultimate power couple…only they do not always agree on the methods to use. This is very much a plot where one character finds light and the other darkness, in order to form gray together.

As I mentioned, some parts are told from other characters’ points of views. One of them follows Kyle, Cyrus’ daughter. Cyrus became a prophet for the One – a monotheistic god from ancient religions. He also became a preacher for capitalism in a world that distributes fairly and treats everyone equally. Kyle is very much not like him but for a while, she does not know what to do.

The main plot point is that the Natural Order formed by Cyrus is becoming too dangerous. Food and medicine is being stolen and redistributed by them in a world which is facing many natural disasters in all of its borderless territories. The Guard, which Jael is the leader on, are assessing people that have heard the Collective’s calling and training them…to become Dragon Horse warriors. Yes, the Guard have a bond with horses that come darkness, sprout wings.

This book is part of a trilogy – both the name and the plot itself show this. This is only the beginning. It does not start too fast but the end has some interesting action. I have to admit that it took until almost the end for me to become interested in what would happen.

I have been researching and discovering what makes good plots and characters and this book had all the right things in place. However, one thing really bothered me, enough for me considering quitting. This book was published in 2015, so not that long ago. To me, there were two main problems. The first is that the Guard are pureblood descendants. The Natural Order is also preaching pureblood-ness (and are racist, unlike the Guard). At least, the Guard have a reason for this, although it confused me why they should keep to ethnic couples if they all had the gene. Perhaps that will be explained later on. I admit to not knowing a lot of biology. This factor bothered me a bit but I could understand that it was a plot point not ideology pushing as the people of this Collective world, do not care much for ethnicity.

The second factor that bothered me was that the author, in my opinion, confused gender and sex. A person that is intersex but identifies more towards being male, is said to be a third gender. There was also the phrase ‘same-sex oriented’ being used which is used in today’s reality but it would be more accurate to say, especially towards one particular character, that it was same-gender oriented. I have to admit that I cringed a bit with all these happenings in the book. At one point, ‘gendered’ is used. It’s also a very binary world still…you would think that it being set in such a fair and enlightened future, that it would be otherwise.

Despite this, the world building was okay. It was interesting to see what things from today would be called then. The horses were interested and the powers as well. It was interesting to see how Jael and Alyssa changed each other. Jael is a realist and Alyssa is an idealist but they both question what needs to be done. Jael at times was a bit too aggressive and at the beginning to sexually driven (she saw Alyssa as a sort of spoil of war! That changed quick however). Alyssa was very interesting. Although she’s a first life-er and Jael has so much experience, she isn’t pushed around. Even during sex, she doesn’t just sit there but she initiates as well and is active. There isn’t a lot of sex scenes although there are a few. There was one however, where even I (somewhat asexual and I tend to skim them) thought it was very hot and different from how they are usually written.

The fact that they like each other, doesn’t resolve their problems and their incompatibility. The characters are realistic, not always likable and that’s ok. Their relationship has chemistry but I found it a bit squeaky that they had sex before discussing and that one is super-protective even though Second, another character, said that Alyssa is a grown adult who makes her own decisions. Jael especially is ethically dubious, not in the fact that she must kill people but in the way she acts.

Overall, I’m intrigued enough to continue reading the series. I would give this book 3 stars. The ending was better than the start or the middle. I want to see the characters evolve. Whoever is interested in reading the series should proceed with caution on the topics mentioned above.