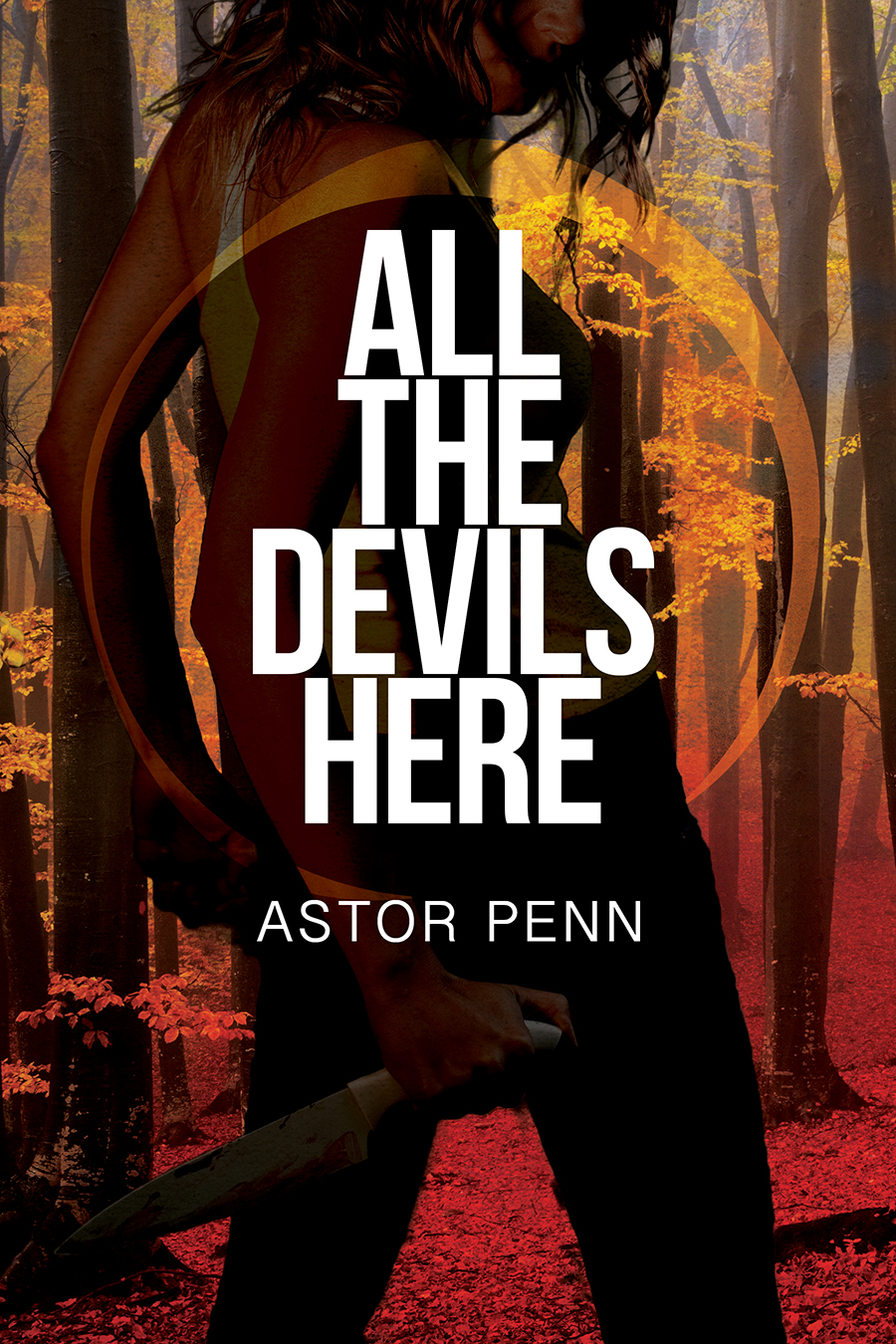 If you’re like me, you have observed the dystopian/post-apocalyptic YA trend and thought “Yes, great, but where’s the lesbian version of this?” Don’t worry. It exists. All the Devils Here takes place after the worst has already happened. The majority of the population has been wiped out in a massive pandemic, everyone else is on the run, avoiding both the infected and the mysterious governmental (?) units roaming in vans–promising safety but delivering gunshots and kidnappings.

I thought it was interesting that the book starts here, with Brie already having been on the run for a while, and having adapted to this new reality. I would have expected to start at beginning of the outbreak, following her as she escapes New York, but instead we get this backstory summarized later. It shifts the focus from how this happened to the process of surviving. And that is what the narrative revolves around: not any specific goal or path, just the relentless determination to survive at almost any cost. Despite the genre, I didn’t actually find this a fast-paced book. It is short, but although Brie is a survivor and active in her perseverance, the plot revolves around things that happen to her and then her attempts to deal with it. Through no fault of her own, she is a passive agent with very little control over her life in this cutthroat landscape.

The arc of the story is not so much the plot as it is Brie’s understanding of how she has changed as a person in order to survive, and her relationship with Raven, who begins as an extremely reluctant ally and becomes a vital person in her life. There is a bit of an element of insta-love in this, but it’s more understandable in the context of a dystopian future where any human contact is unusual. I do wish that we got more from Raven as her own person as opposed to Brie’s perception of her, however. She permeates the novel in Brie’s fixation on her, but we don’t actually get to learn a lot about her. In fact, my biggest problem with this book is how Raven is described. She is referred to constantly by her (dark) skin color, which is once compared to mud. She is repeatedly described as a “wild thing” (when she’s not the “prettiest thing”). Brie makes a lot of assumptions about her based on her appearance, which considering that she knows pretty much nothing about her other than her skin color, seem pretty racist: she assumes that Raven is a “lost girl” with no relationship with her family, who left home too young. She contemplates whether Raven was a sex worker in her former life. There is absolutely no context as to why Brie is making these assumptions about her other than her appearance and the fact that she is alive and alone (which, of course, Brie–a pampered boarding school student–also is).

I found the governmental agency to be the most interesting element of the story. We know that they are taking people in vans against their will, and there are rumors of camps that are being set up, but we don’t know the motives of this organization. I couldn’t help but think that these people very well could have a cure and be trying to help survivors, but there would be no way to know this as a person hiding in the woods. Because of the lack of any source of media, these people in hazmat suits are a complete wild card. [vague spoilers, highlight to read] Even as we learn more about this group of people, they remain morally grey, which I thought was interesting. In some ways they are the villains of the piece, but they are also the only reason humanity has any hope of a “civilized” future. [end spoilers]

I found All the Devils Here to be an interesting concept, but it wasn’t the fast-paced thrill ride I expect from this genre. I did like the examination of what it takes to be a survivor in situations like this, and how it affects a person’s perception of themselves, and I’m happy to have a queer addition to this genre, but I was looking for a little bit more from this in terms of plot. And I found Raven’s depiction disappointing. This was a mixed bag for me, but if you’re interesting in a survival story with a bit of lesbian romance thrown it, All the Devils Here is worth the read!