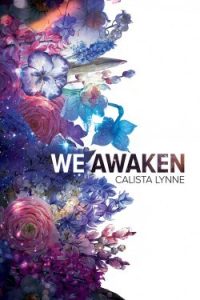 “I went on a date in a dream with a mildly mythical figure who couldn’t possibly exist. And we were swing dancing”

We Awaken is a Fantasy Young Adult short novel about Victoria and Ashlinn. What drew me to this book was the fact that it was a fantasy young adult book about an asexual couple. There aren’t many of those around! Despite being a fantasy, it’s also mixed with contemporary.

Victoria Lindy Dinham is going through a touch time. Her father died in a car accident a year before, and her brother fell comatose in the same accident. Her mother became vacant and uncaring and Ellie, Victoria’s best friend, is too different from Victoria. Dancing is her only outlet; until she meets Ashlinn.

Ashlinn is a creator of dreams, nice dreams. She visits Victoria to tell her about her brother, who she visits a lot. During their first meeting, Ashlinn gives Victoria a carnation that her brother Reeves had passed along. The flower stays in her room once Victoria wakes up, which makes her have proof that the dream wasn’t all a fantasy.

Apart from this meeting in dreams concept and the difficult times that Victoria is going through, this book is about the exploration of sexuality in the broader sense of the term.

I have to say, it took me around 30 pages to get into the story. Even though it was fantasy, it was a type I was not used to. However, I continued as I know about the asexual element (and how few there are) and I have to say, I don’t regret pushing on.

Victoria is a teenager and Ashlinn looks like one, although she isn’t. Despite this, although at time there is immaturity in the way they approach each other, for the most part there is a certain maturity that isn’t most often found in ‘teenage’ relationships. One example is earlier on when Ashlinn tells Victoria not to romanticize self-destruction. The two protagonists support each other, even in their relationships with other people. Ashlinn also helps Victoria explore her sexuality and her boundaries.

I liked both Victoria and Ashlinn, because they grew a lot but I also liked Ellie. When we first meet her, we see how Victoria views her as her best friend which she grew apart from in light of the tragedies in her life. However, Ellie is a very supporting friend that accepts Victoria for who she is, despite not understanding clearly.

At times, the tone is quite serious and sombre. Other times, it’s funny in the way that movie tropes are; such as changing in cars. Purely classic but also something relatable that some people do at times. It’s not a happy-go-lucky story, there’s a lot of pain but somehow, the protagonists carry on like one does in life.

For the book being fantasy, it’s relatable, especially for ace readers. My hopes for books like these is that there are more; that sexuality is viewed in a more complex manner, with easiness that does not make people feel like the odd one out when it’s not present in the sexual attraction way. 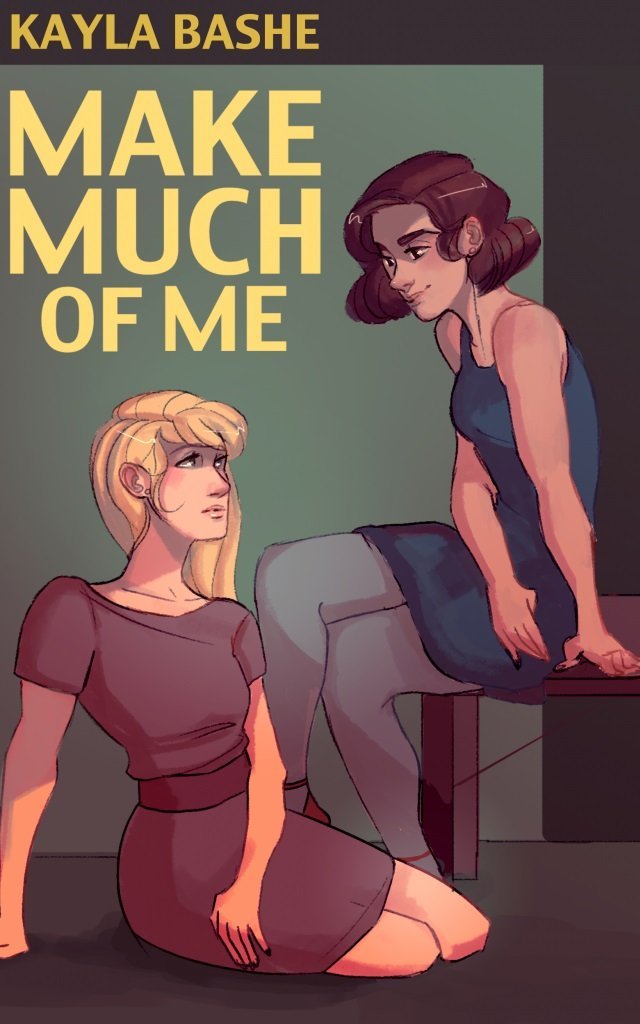 You had me at “Jazz Age”.  Truly, in my mind, there is no more attractive time in human history than this fleeting moment between the Great War and the Great Depression. New York, London, Paris, Munich, this is the time to be a woman loving woman and dance about in your sparkly dresses, powdering each other’s knees and seeing if you can get an invite to Natalie Barney’s salon.  I’ll read just about anything set in this era, and am even more excited when I know from the outset that the story will be queer. Therefore I was thrilled to be given “Make Much of Me” and read it all in one gulp.

Four girls– Lily, Laura, Tommie and Jo– meet as new students at New York City’s River School.  Thrown together by chance, they quickly become an inseparable crew sharing their secrets, sadness, desires and dreams. Bisexual Tommie is ashamed of her poverty, but learns that her head, her heart, her talents and her humor are of immeasurable value. Asexual Jo comes from money and privilege, a life many would envy, but at a terrible price. Bold, lesbian Lily lets nothing stand between her and the life and love that she desires. And Laura, whose past is perhaps the most wretched of all, wants only to love herself and ends up finding so much more.

Loosely based on Christina Rosetti’s poem ‘The Goblin Market’, the story follows the girls from their meeting and early misadventures through more difficult trials to their ultimate joining of forces to rescue a friend and lover in need.  The engaging and diverse characters are fun to meet and grow more interesting as the story unfolds.  The book itself, however, is so brief (only 84 pages!) that the story seems rushed in places, especially the end, and some events wrap up with unrealistically neat solutions.

My chief complaint, unfortunately, brings me back to the Jazz Age.  I love historical fiction, and I love this time period in particular, and while it is clear that some research was done (musicians, film stars, all that kicky, kooky slang), the book could have used much more.  Multiplex cinemas, rolling suitcases, LGBT support clubs in elementary and middle schools, all of these glaring anachronisms drew me out of the narrative again and again.  Even the characters’ ease with sexual self-identification was a bit far-out, though I made peace with that for the sake of the story. Choosing to set a work in an historical era demands a certain amount of diligence, and the lack of these efforts mars what is otherwise a sparkling, sweet story.