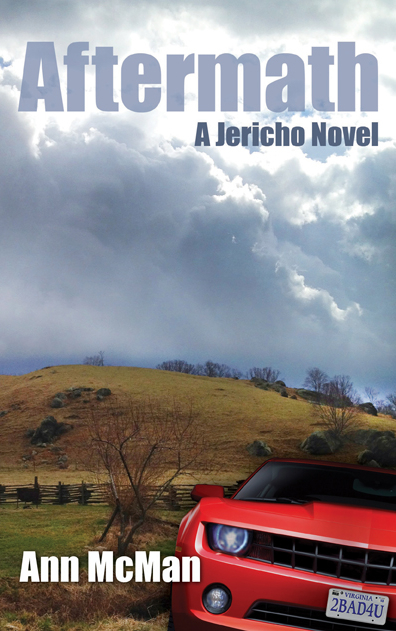 If you’ve enjoyed Dust, Sidecar and most of all Jericho,  you will be pleased to know that Ann McMan has done it again by publishing Aftermath in November of last year.
Even though the introduction asserts that it not a sequel to Jericho, I’d still recommend reading it first. Aftermath picks up eighteen months after Jericho ended, just as a tornado is about to hit the little town where our heroines Syd and Maddie now live together with little Henry whose Dad is still in Afghanistan.
Jericho had a single plot – two women meet by chance; a friendship develops so when friendship turns into love both women need to confront their own fears and anxieties; love finally triumphs. It seems simple but the result was a lovely and delightful feel-good novel.
Aftermath however is a novel of plots – because of the tornado, David and Michael are out-of-work; Syd’s husband contests the divorce; Henry’s father has been badly injured and will soon be discharged from the army; Roma Jean wonders whether she has fallen in love…
When I read Jericho, and Dust, I fell in love with Ann McMan’s character development and witty style.  Reading Aftermath, I was a little disappointed as I did not find she was so successful. Maybe it is because I love to be told a single story (even if sub-plots are welcome) and I found that this was lacking in her latest novel.
Judging from Amazon’s reader reviews however, I am more an exception than the norm. Moreover this mixed review should not deter you from reading Ann McMan’s other novels and keep an eye on what she has in store for the future. 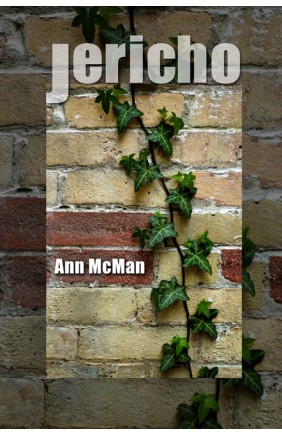 Looking for inspiration and new ideas last year, I googled a few key words and came across raving reviews of Jericho by Ann McMan.

I had never heard of the author but the comments on Amazon and Goodreads made me want to read it. Thanks to the Kindle app on the iPad, I was able to read a sample of the book and got hooked immediately. I purchased the whole book and read on. I went on until I could no longer keep my eyes open; something which incidentally had not happened to me since I first read Pride and Prejudice during my college years.

Jericho is a romantic story between two women, Maddie and Syd, set in rural Virginia. Syd (Margaret) Murphy is relocating to Jericho where she has an eighteen-month contract to set up and run a new library while Maddie has moved back there to take over her deceased father’s medical practice.

Syd is running away from a failed marriage and has no precise plans about her future. Falling in love with a woman is certainly not on her agenda. Yet this is what happens. The two women meet by chance, a friendship develops but when friendship turns into love, both women need to confront their own fears and anxieties.

Jericho is an exciting début novel with unforgettable main characters and a fine cast of supporting characters. It is wonderfully written: the vocabulary is subtle and precise, the tone playful and the dialogues are well-crafted. It is also packed with literary and musical references as well as evocations of mouth-watering meals and good wines.

I strongly recommend this refreshing and delightful novel.