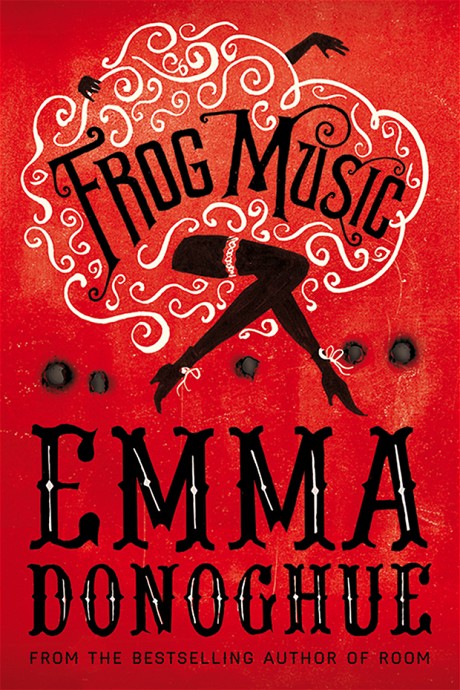 Emma Donoghue is a phenomenal writer take is able to make you related to her narrative. So when I heard about a new book, I knew that I will someday buy it and read it especially one with such a nice cover!

Frog Music is a historical fiction with some basis in reality as it deals with an unresolved crime. It is based in 1876 in San Francisco and it follows Blanche, a French dancer. Blanche lives with her lover, Arthur and his friend Ernest. She is also friends with one Jenny Bonnet, who ends up murdered in the beginning of the book.

The book follows Blanche in her misadventures as she tries to do what’s best while at the same time searching for answers. Who killed Jenny? Who was Jenny?

Jenny is an interesting character and we get to see her through the story that swings between the past and the present. She’s a butchy character with seemingly no care in the world, but as later Blanche discovers, Jenny had a lot of mysteries surrounding her. Comparatively, Blanche is an open book. She’s a survivor and we see her character grow and mature in the book. Blanche is a character that may infuriate the reader, but one cannot help but pity her in turn.

I think this book should come with a lot of warnings. There is explicit heterosexual activities, some consent issues, victim blaming and slut shaming to begin with. Moreover, there was some gore (there was a murder after all), racism and neglect. A lot of the characters will make you angry as well but I thought that their actions were representative of their times and their believes and were realistic. I went through the last chapter really quick, I must have missed reading mystery and detective novels!

There is queer content in the book, but it comes up later on in the book. Frog Music in general has a lot of interesting thoughts on power dynamics, gender, race, consent and sexual activity, it is also a well done historical fiction book that shows its research and turns it into a vivid account of what it was like living in San Francisco in 1876.

Although I felt uneasy reading some scenes, even in the very beginning where there was gore and seemed like a horror scene (I don’t do horror) I thought that overall the themes were done well. It is an adult book, with adult themes that made me think about how it was to live life in those conditions; from clothes to housing to jobs and vehicles. The story was hooking and things were tied well. Like a good detective story, hints were there for us to notice later and leave us guessing until the very end. The end was not perfect, but it was fitting. It wasn’t happy but it wasn’t sad.

I recommend this book highly to readers that can stomach hard themes. The writing style is just exquisite. You will find yourself repeating sentences just so you can experience the writing again! I would give it as 5 stars for being a historically accurate crime story, whose background in reality was also interesting to read about (and Emma Donoghue did go out of her way and provide us with her research on the story, songs and glossary) and dealt with themes that are still relevant and good to question today.