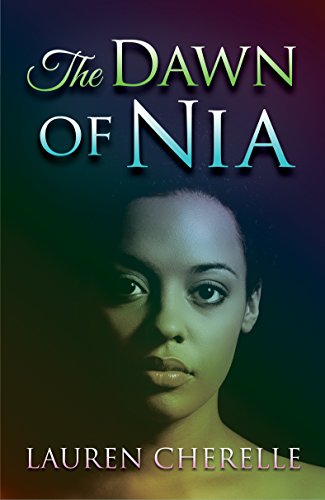 I’m always hesitant to read books by people that I know personally, because I know at some point they’ll ask me what I thought, and I know that if I don’t love it, I’ll have to figure out how to say that without ruining the relationship. In this case, I can say without reservation that I did indeed love The Dawn of Nia. Let me count the ways:

I liked that fact that The Dawn of Nia is focused on family relationships and the ways in which secrets can devastate families or force them to reckon with their past misdeeds. Nurse Nia Ellis is a single, attractive, Black lesbian who has recently lost her friend and mentor Pat to cancer. What Nia doesn’t know is that Pat had a secret, and that Pat’s secret is going to change her life. This first secret is revealed right after Pat’s funeral, which Nia attends with her best friend Jacoby, and the novel just explodes with drama from there. It’s a bit of a challenge to write about this novel without giving too much away, but just know that secrets, lies, betrayal, and a $350,000 estate are at the crux of the story.

I was also really impressed with the character development. All of the characters in this novel are deeply flawed. The protagonist Nia is the poster child for bad decision-making. At one point while reading I nearly threw the novel across the room. I found myself yelling at Nia: “Girl what the heck are you doing? You know that Kayla is going to start some mess!” But I couldn’t stop reading. Jacoby, Nia’s best friend, is the epitome of male privilege. To put it nicely, he’s an ass, and there were times when I just couldn’t figure out why Nia remained friends with him.  Tasha, another close friend, is always hooking up with Ms. Right now, instead of waiting on Ms. Right.  Even Nia’s parents have issues that span their 30-year marriage. The other women in Nia’s life, her ex-girlfriend Kayla, and new love interest Deidra, are connected in ways that are impossible to untangle, even though Nia tries her best to keep the women apart. It is a testament to Cherelle’s skill as a writer that not only was I able to keep up with all of these characters, but I found myself rooting for some to succeed, and hoping that karma would catch up with others.

The novel has excellent pacing. It never felt rushed or to seemed to drag. I was always anxious to get to the next chapter to see what was going to happen next.  However, my only critique of the novel is that it probably could have been just a few pages shorter. A couple of scenes at the end just didn’t seem necessary.

Finally, at its core, The Dawn of Nia is a story about love: what do you do when your heart has been broken but you want, sorely need, to give love another chance?  How do you keep your past mistakes from ruining your future? Can any relationship survive lies and deceit? Why do lesbians move in with each other so quickly? I’m generally not one for reading romance, but I loved every minute of this story, even as it was driving me crazy.  If you like your romance spiked with a bit of family drama, this is definitely the novel for you.  Cherelle is a masterful storyteller and this novel is a welcome addition to the growing canon of contemporary Black lesbian literature.

3 Replies to “Stephanie reviews The Dawn of Nia ”