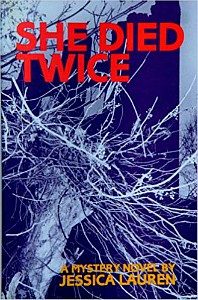 This is another winner for New Victoria, made even more impressive by the fact that the author was only 25 when she wrote it. On the surface, it tells the story of Emma Kendrick’s childhood friendship with Natalie Mercer, who suddenly disappeared at the age of eight. Over the years, Emma buried the image of Natalie somewhere deep within her. But when Natalie’s body is found, seventeen years later, Emma’s memories begin to return.

The story is told from Emma’s point of view but from two time frames. In the present, Emma is asked by one of Natalie’s old neighbors to look into her death. So, despite her own reservations and that of her best friend Carly, she begins to ask questions. No, this isn’t a thriller in which Emma eventually and stupidly finds herself alone with a killer. Rather, it is a story of loss and love and friendship and abandonment, as Emma loses first her father, then Natalie, then her girlfriend Judy. Even her friend Carly is thinking of changing jobs and moving to a city far away.

But there are also chapters in which Emma has vivid memories of herself and Natalie in the past: in their hidden fort, playing house, talking of the future, just being together in the cold, lonely world. She begins to remember specifics that she had never thought about before—the fact that Natalie once showed up for school with a cast on her arm, her fright at having to leave her home to visit her father after her mother has remarried, the memory of Natalie leaving the school counselor’s office—memories that make her think that Natalie might have been abused.

Although there are lots of lesbians in this one, there is no romance and no sex; the book doesn’t call for it. There are a couple of glitches that I am mentioning only in the hope that Lauren reads this and corrects them in any new editions. First, there is a page in which Emma remembers her grandfather having a serious talk with her when she was 14. In the next paragraph, she tells her mother that her grandfather died when she was 12. A second glitch is just an omission. Emma meets Pat Carroll, an older lesbian that she has admired for years, not only for her work in the women’s movement but for her startlingly good looks. When Carly tells her that Pat has the hots for Lauren, Lauren simply doesn’t respond. My god, she has to at least have some thoughts about that. For the record, although I pegged the villain on page 22, I did not guess the murderer. But that’s okay, Emma didn’t either.

As far as I know, Lauren, who, like Natalie, was abused as a child, managed to calm her inner demons and live a normal life without having to resort again to literature. Give this one as close to 4 stars as you can without going over. It should be on everyone’s to-read list, although maybe not as high on that list as some others.

Another Note: See my reviews of over 250 other lesbian mysteries at http://www.goodreads.com/group/show/116660-lesbian-mysteries