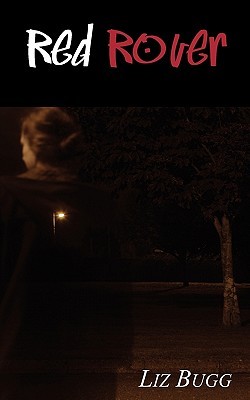 I confess that I like this book a little more than I originally thought I would. Maybe it’s because I liked the design and feel of the Insomniac paperback version, which is very easy on the eyes. Or maybe it was the very professional pace that Bugg was able to adhere to throughout. I also liked the theme of the mystery, which involved the protagonist’s intense search for a missing young lesbian in Toronto.

Calli Barnow gives off reminders of many other lesbian private investigators without actually borrowing anything and without being given any remarkable qualities, such as Abigail Padgett’s Blue McCarron, who has no qualms about giving the reader her views on psychology or statistics, or Caroline Shaw’s Lenny Aaron, who specializes in cats and who knows every breed. Callie is just a normal 40-something woman trying to make a decent living for her and her partner Jess, and hoping that she doesn’t get into something dangerous. The one quirk that Bugg does bestow on Calli, though, is a good one. She has anxiety attacks that tend to almost paralyze her unless she pops a Xantax. I like that kind of human weakness in a character. And I like the backstory that helps to explain it.

In her search for the missing woman, Calli comes into contact with babydyke Lisa Campbell and almost falls for her. It is only her love for Jess—who is out of town during the entire adventure—that saves her from her roving eye. The trouble is, I really liked Lisa and, at first, wanted them to get together. Jess was kind of an amorphous telephone presence that did not let me know why she and Calli were together. Lisa, on the other hand—again, at first—was the most exciting and lively character in the cast.

Bugg’s prose is average, no pops and crackles, but she tells a pretty good, exciting story. Although I frown on the type of ending she chooses—I have disparaged it in several other reviews—Bugg does it with a little more believability than, say, Anne Laughlin. In all, it reads like a first novel, but one that lets the reader know that there are better times ahead. Put Calli on a list with other Canadian sleuths such as Helen Keremos, Harriet Fordham Croft, Jil Kidd, and Aliki Pateas. It’s not a bad bunch at all. I suspect—and hope—that you will be reaching for the second Calli book before any of those mentioned above.