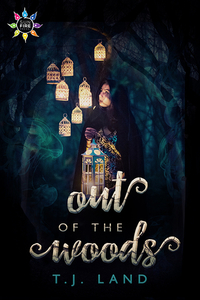 Ruth and Hermana have been best friends since Ruth fished Hermana out of the river as when they were both children. Ruth lives with her older brother on the outskirts of town, outcasts on account of their long-gone parents’ choices. Hermana’s parents are also gone, and she lives with her grandmother, the local midwife. They’re best friends and experts at the wilds they live in, known to the town as savages. Their life is as predictable and as enjoyable as they make it, until they find a dead body – and it may not even be human.

I loved how authentically adolescent Ruth and Hermana were. They were teenage girls in the purest, most feral form, and I loved every bit of it. They definitely should have gone for help about the dead body way sooner, but the fact that they didn’t, that they thought they in their wholly unexperienced youth could handle such a thing, only made me like them more. They are terribly mean to several people, some who deserve it and some who don’t. But it’s realistic with how they grew up, treated as outsiders and even savages by the townsfolk. Or in one rich guy’s case for Ruth, as some beautiful savage who can be tamed and made civil for his high-class friends.

Ruth and Hermana’s also have a friends-to-lovers romance. It might be slow and not really in the spotlight of the story, but for what is there, it really shines. I definitely spent a good portion reading this cheering them on to get together already.

The side characters also had their time to shine. There’s a subplot involving this girl who is the maid at the local rich woman’s house, and her romance with the local sheriff, who’s a handsome butch. Then there’s Hermana’s grandmother, Ruth’s brother, and a whole host of other characters who have small parts but make big roles out of them for the short time we read about them.

The world building was also a lot of fun. It’s a short book, so the author doesn’t try to throw too much at it, keeping it relatively easy to understand and in tradition of most fantasy settings. But at the same time, the world has its own uniqueness in the places where it counts that makes the story come alive and be all the more engaging. I found it easy to sink in and imagine myself there.

It’s also very much a story about women their places in a patriarchal town in a patriarchal society. It was sometimes frustrating but overall interesting to see how the characters find ways to overcome the struggles they face because the men they must deal with. It was enjoyable to see the characters combat these challenges in their own ways.

I highly recommend this book for anyone looking for a fun fantasy story.