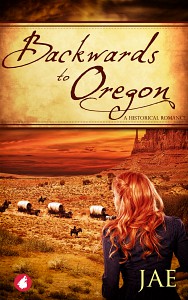 2 Replies to “Mary Springer reviews Backwards to Oregon by Jae”