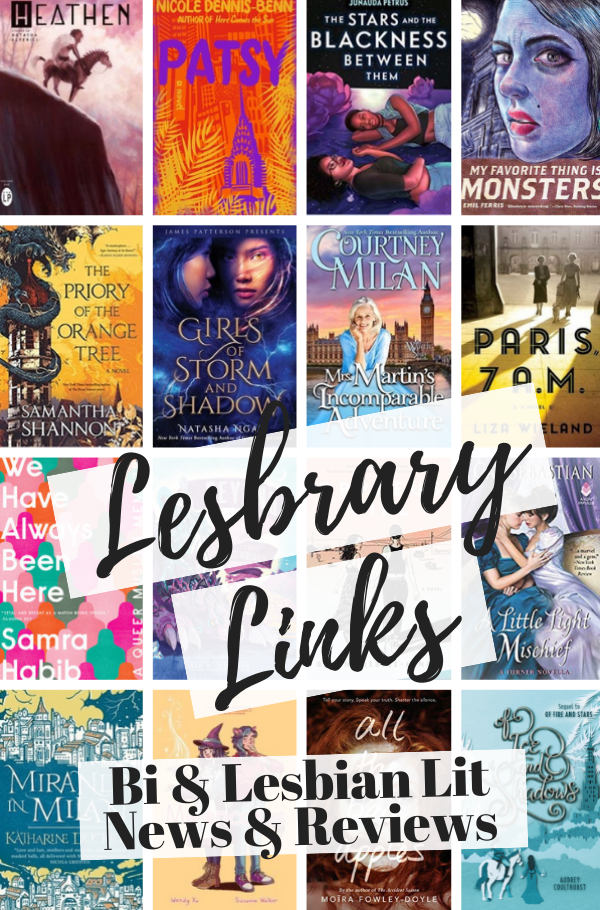 Book Riot posted 10 More YA Books Starring Queer Girls to Look for in 2019 and 50 Must-Read Books Recommended by Roxane Gay.

Kristen Arnett was interviewed about her book Mostly Dead Things at Crosscut.

“How I Worked With My Child’s School District to Add LGBTQ+ Books to the Library” was posted at Pop Sugar.

“QUILTBAG+ SFF Anthologies: A Comprehensive List” was posted at Bogi Reads the World.

Kings, Queens, and In-Betweens by Tanya Boteju was reviewed by Casey the Canadian Lesbrarian.

We Have Always Been Here by Samra Habib was reviewed by Casey the Canadian Lesbrarian.