Wow, I can’t believe I haven’t posted in a month. School took over my life. It should be much less hectic very, very soon, but for now I’ll post something that’s been in my queue for a while. 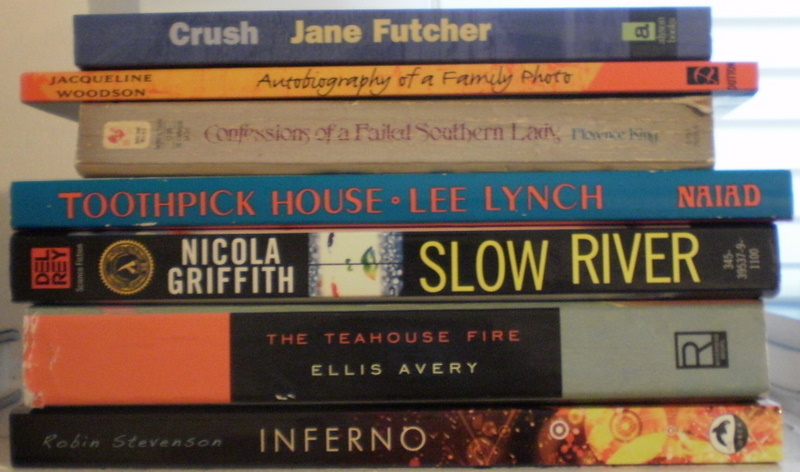 Crush by Jane Futcher is a book that’s somehow been classed as a Classic Lesbian Book in my head, though I don’t know why. It’s a teen book, which as I’ve said before, is a genre of queer literature that I think is extremely important. Crush is set in an all-girls school, which has to be a lesbian/gay teen book trope, but also seems to be about the clash of personalities between these two girls: Jinx doesn’t want to rock the boat and Lexie is the beautiful, popular, always-gets-her-way type. 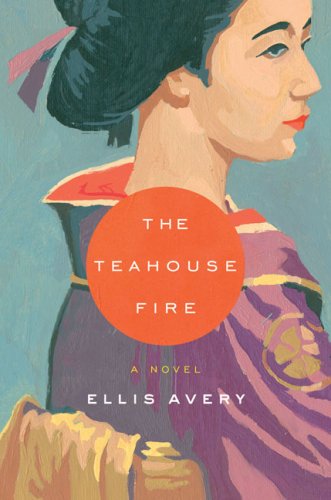 Confessions of a Failed Southern Lady is not a book I would have pegged as queer. Actually, when it came in the mail (after I mooched it from Bookmooch), I was completely confused. But it is a les/etc book, and it looks like a funny one. I think it’s an autobiography, though it could be a fictionalized one. It’s about growing up in a southern home with two very strong woman figures, her mother and granny, who try to mould her into the perfect southern lady. But, “like charity, schizophrenia begins at home.”

Lee Lynch is one of the very prominent names in lesbian fiction. I haven’t read any of hers yet, but I’m looking forward to them. Toothpick House is her first novel.

Nicola Griffith is another author I’ve heard tons of praise about, in fact she’s even won the Lambda Literary Award. I 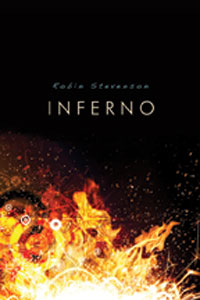 tried to read one her books online, through my library, but I have difficulties concentrating on a screen for that long, so it’ll be good to give Slow River a go in paper form.

The Teahouse Fire by Ellis Avery is another book I wouldn’t have suspected of being queer, but it won a Lambda Literary Award, too. This looks like a beautiful book, centred around Japanese tea ceremony, which the author studied for five years previously.

Inferno by Robin Stevenson seems to be ridiculously up my alley. It’s a teen lesbian book (though you wouldn’t know from the back cover) that has literary allusions (to Dante’s Inferno) and is about how high school is hell and being anti-authoritarian. Yes, I left high school several years ago, but I didn’t leave the anti-authoritarian stage, so I’m really looking forward to this.