I remember when I first went looking for lesbian/queer women books. It seemed like there were so few. That’s what inspired the subtitle of this blog; I figured eventually I could read all of them, at least all of the ones worth reading. But now, of course, I realize that there are far more lesbrary novels than I could ever read. In fact, there are lesbian/queer books catered to what seems like every tiny subsection of our population. I’ve been fascinated with these incredibly specific books lately. I’m not talking about lesbians from various countries or ethnicities, that, of course, makes sense. Or even queer genre fiction, like queer sci fi. I should hope we have those. No, I’m talking the ones that seem too specific to exist. Like these: 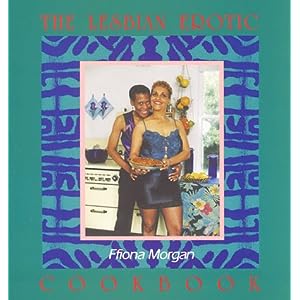 Oh, no. Not just a book, singular. There are multiple queer cookbooks. Yes, there is also the butch cook book. Because a lesbian cookbook wasn’t specific enough. 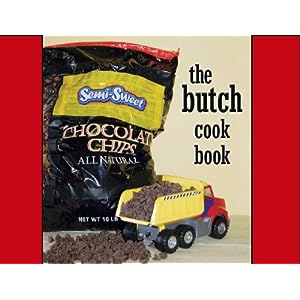 To be fair, this also includes personal stories and things, but it still is a butch cook book, including “the ‘Butch Basics,’ which include macaroni and cheese from a box and a mayo sandwich (easy enough with only three ingredients: bread, pickles, and mayo)”. Well, as a vegan, this one probably wouldn’t treat me so well. 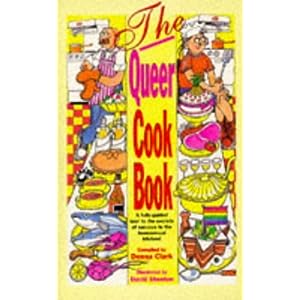 It’s not just lesbians who feel the need to have their recipes reflect their sexual preference. Here’s a queer cookbook that promises it’s a “Fully-Guided Tour to the Secrets of Success in the Homosexual Kitchen!” How does one acquire a homosexual kitchen, or turn the kitchen they have gay? This is apparently also a British cookbook, so if you’ve ever been puttering around thinking “I’m in the mood for something… gay and English”, here’s the book for you.

I think this will be an ongoing feature of the Lesbrary. Have you stumbled upon any surprisingly specific lesbian/queer books?

2 Replies to “Lesbrary Lust for the Surprisingly Specific: Cookbooks”