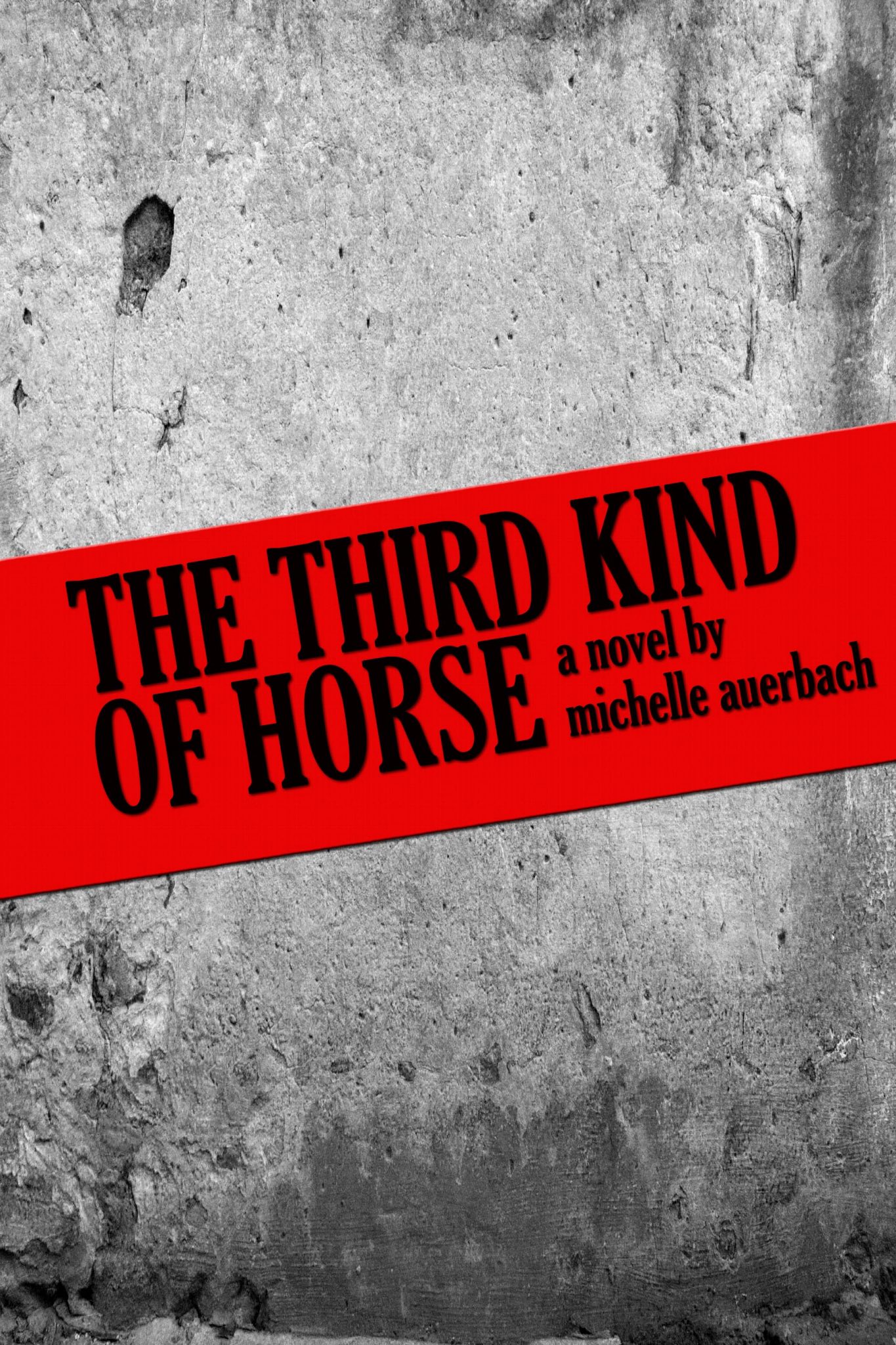 Lyssa, the insecure and deeply sensitive narrator of “The Third Kind of Horse,” reminds the reader several times that her story is not a love story.  Each time it’s tossed off with such flippant conviction that we can’t help but believe her even as she falls in and out of love.   Michelle Auerbach’s novel is the story of a young queer activist attempting to navigate the disasters of 1980s New York City in the height of the AIDS crisis.  Lyssa works for the AIDS crisis hotline, protests the establishment and tries to figure out how to deal with sexual politics and chaos around her.

The story, like so many other coming-of-age narratives, spends the first half of the book dwelling in a decoupage of moments and scenes, content to rest in pensive contemplation.  We aren’t really sure what will make the plot move until the second half when things really pick up.  In the hands of a lesser writer, the book would probably flounder part-way and the second half’s resolution would seem like an insignificant payoff, but Auerbach flits through her plot so skillfully, knowing just when to pause and let her narrator ruminate and when to skip ahead, that she mostly gets away with it.

In Lyssa we find a strong and engaging narrator.  From the first chapter where she lists her grocery store purchases, including a carrot to later be used as a make-shift dildo, her voice is charming and interesting.  Auerbach creates a nice balance between philosophical introspections on AIDS activism and descriptions of characters like Lyssa’s roommate, known only as Lawrence of Arabia, “who seemed to go through life like it was one of those desert expanses in the movie, where there’s this huge seventy foot screen projecting a line of camels crossing an impossibly arid, inhospitable land with a tremendous sense of grandeur and hauteur.”  There are also a couple of short moments narrated by Lyssa’s friends and while I appreciated the new voices, I wasn’t entirely sure what their purpose was in a story already told by such a strong character.  Lyssa’s intelligent without feeling overwhelming or off-putting and her voice is a refreshing change from young narrators who are often pithy without real purpose.

Auerbach’s real strength is that she lets her narrator be in the moment.  She allows Lyssa’s youthful ignorance to come blasting through a painfully real landscape and in that she becomes wise.  As she attempts to make sense of the horrors around her, there are moments of confusion and crippling self-doubt born from being asked to grow up too fast without enough information.  There are also moments of desperate confidence, the hasty statements that come from pretending to be old and wise, to be in control as her actions and beliefs seem increasingly futile.  Not only does it give Lyssa a sense of youthful credibility, her changing emotions aptly mirror and illuminate the panic and confusion of the novel’s setting. Her youthful narration also makes Lyssa’s insistence that this novel about love is not a love story all the more effective.

The truth is we are reading a love story.  Despite dwelling in a world of hook-ups, Lyssa secretly wants a love story that she can’t find in her unfulfilling sex life with the woman of her dreams.  This is further complicated by her emotionally satisfying, but otherwise confusing relationship with the only straight man at her work.  At times this love triangle does border on melodrama, but Auerbach mostly keeps her head above it.

Beyond Lyssa’s own love stories, “The Third Kind of Horse” is a tale of the intense and confusing love bred from tragedy.  Stories of friends dying, sometimes alone, in a disease-ravaged city and an angry, terrified community trying to survive.

We struggle to process and move through the events of this fraught piece of recent history with the narrator of this beautiful and poetic story.