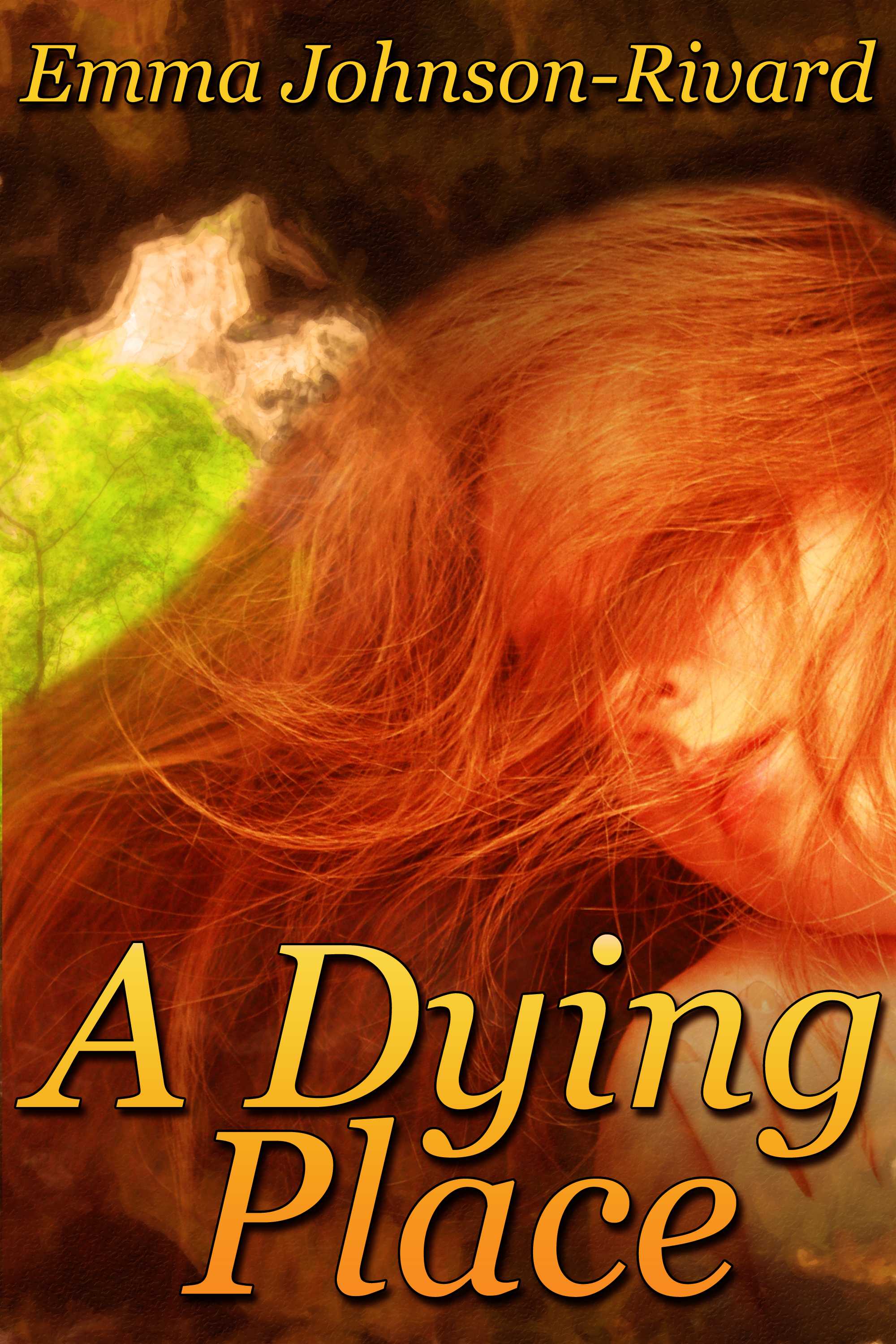 There’s an almost theatrical quality to A Dying Place, Emma Johnson-Rivard’s rather bleak fantasy story.  In terms of setting and structure, the novel functions as a play and it speaks to Johnson-Rivard’s strengths as a writer that she’s able to let the characters sing through that format.

The book opens with Ama’u, a veteran of failed military attempt to colonize Kathas, the country across the sea from her native Raisun.  Ama’u is an orphan who has stayed in Kathas even after the rest of her country’s army has return home.  She’s an outcast in every sense of the word, traveling aimlessly around the treacherous countryside, unable to find a reason to stay or go.  During a storm she takes shelter in a cave on a riverbank.  Inside she finds a Kathasian warrior woman sick with a bacterial infection that is destroying her eyes.  The two first try valiantly to kill each other, but then become tentative friends and allies as they navigate the dying place haunted by myths and legends to aid them in the process.

Johnson-Rivard’s world building is incredibly impressive.  The world of Kathas feels like something she’s lived in for years, there’s a complete set of religious myths and legends as well as well-developed  culturally based rituals and customs.  Exploring these differences in background give Ama’u and Esben a constant dialogue that allows them to come through as characters despite an incredibly static background.  Any weaker dialogue would have destroyed the piece, but Johson-Rivard seems to have a knack for knowing when to just let her characters talk.  The overall arc of the book may have benefited from a bit more objective and purpose for the characters, but it carries itself along very nicely.  The build-up at the end does feel a bit sudden, but the pay off works well and it’s a very satisfying conclusion.