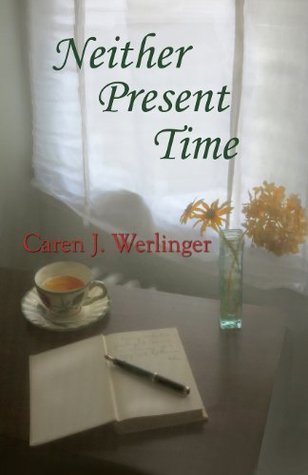 It seems as though just about everyone has claimed insight into the nature of serendipity, destiny and happenstance. In fact, one of my most beloved quotes is attributed to former prime minister of Portugal and European Commission president, Jose Manuel Barroso:  “What people call serendipity sometimes is just having your eyes open.” Yet, how does a woman go about seeing clearly while she’s trying with all her might to remain in the dark, to live in denial of that which is plain as day?

When not shelving reference materials at the university library where she works, Beryl Gray enjoys appraising old and rare books for Mr. Herrmann at The Scriptorium. It’s a hobby, really; she’s happy enough being compensated in editions of her choosing, for it’s the closest she’s come to utilizing her doctorate in Medieval European Literature. Yet, late one afternoon in June, a slim edition, which inadvertently finds its way into her backpack, proves itself an unexpected treasure. Opening the front cover, Beryl comes upon an inscription that captures her imagination and leads her on a quest for the “forever and beyond” that she so desperately desires.

Beryl hoped she might find some semblance of “forever” with her partner, Claire, as emotionally abusive and manipulative as she may be; but, when, eight years into their relationship, she discovers Claire has been unfaithful, she unearths the courage to break free of the illusion and to take her first steps toward crafting a life on no one’s terms but her own. She packs a few clothes and, literally, all of her books, then walks away.

With the encouragement of Ridley Wade, hired a couple weeks after her long-time colleague succumbs to a heart attack, and his generous offer to put her up until she regains her bearings, Beryl not-so-gradually embraces her truth and the breadth of her potential. She begins an exercise regimen, considers applying for a job for which she’s not direly overqualified and embarks upon a pursuit to return the inscribed book to its rightful owner – as well as to discover whether the type of love she imagines it represents really does exist.

Without question, the overarching storyline carried forth within Neither Present Time is immensely complex and engaging. There are nearly a dozen subplots incorporated within Werlinger’s tale; yet, all are clear and easily followed, which I found to be quite a remarkable feat. I truly can’t wrap my mind around what it must have taken to structure the novel. Not a single subplot proves tangential. In fact, each and every one either contributes to some aspect of Beryl’s personal growth or illuminates an element of the mystery surrounding the rightful owner of the inscribed book.

All the while, the scenes which address the events of the past, circa 1945, gravitate toward the present tense, whereas present-time happenings are described in the past, which I initially took as an oversight, an amateur’s mistake, only to discover that Werlinger’s use of verb tense was nothing if not intentional, masterful and eerily poignant. As a result, the reader comes to a visceral understanding of how very vivid and alive those memories are for the woman who lived them, now 93 years of age.

As compelling as I found the plot to be, it was the character-driven aspect of the novel that kept me turning page upon page. I grew sympathetic enough to Beryl’s experience, for she was drawn so well, that I began to view the other characters through her eyes. Even secondary characters, most notably Ridley, are humanized to such a degree that I felt the gravity of his PTSD, for he is a war veteran, and his reluctance verging on utter inability to let another in. The way Werlinger illustrates the solidity of his walls while making him accessible to the reader is beyond me.

At the core, Neither Present Time is a story of self-empowerment and the call for a life lived without regrets. As the inscribed book’s owner shares with Ridley, “You’re too young to understand, but… no matter what reasons you think there might be now not to act on the love you’re feeling, I promise you, when you’re old, you won’t remember those reasons. You’ll only remember the regret that you didn’t do it.” Regardless of the outcome, Werlinger so beautifully conveys, it is the journey, the precious odyssey in and of itself, that matters, which is precisely what allows the reader to relate and to invest despite the hurdles to be overcome in getting there.

One Reply to “Kalyanii reviews Neither Present Time by Caren J. Werlinger”