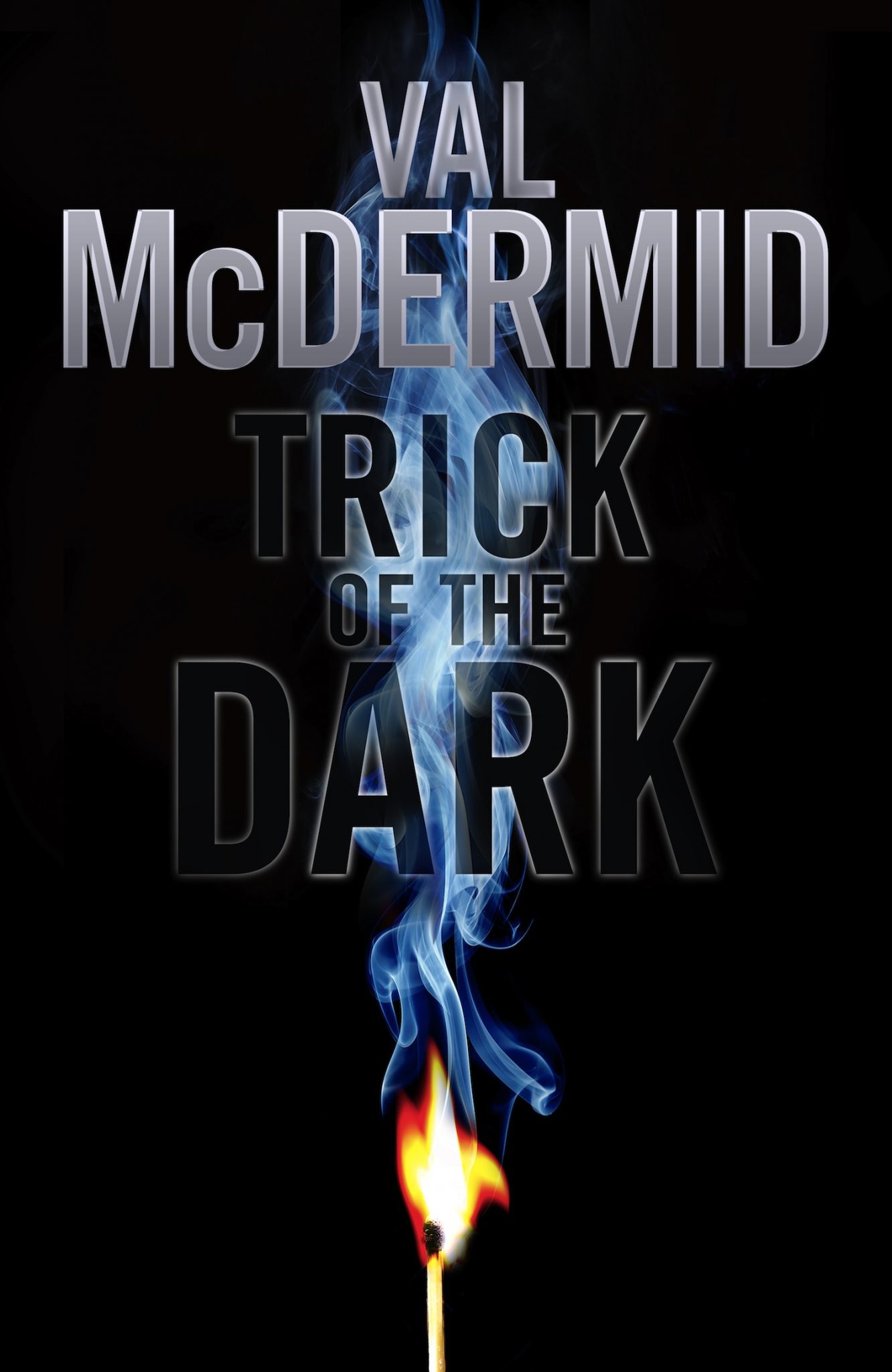 Trick of the Dark is a stand-alone psychological thriller by famous British author Val McDermid.
Clinical psychiatrist, Charlie Flint is sent a mysterious bundle of press clippings about the murder of a man on his wedding day and the subsequent trial and conviction of his two business partners.
Charlie soon identifies the sender of the mysterious envelop: the mother of the bride and her former Oxford tutor at Saint Scholastika’s, Corinna Newsam. When confronted by Charlie, she confesses that she would like her to look into the case as she is convinced that two innocents have been convicted; instead she puts the blame on her daughter Magda’s new love interest.
Suspended from her job, awaiting a hearing by the General Medical Council which will decide whether or not she can be reinstated as an expert in her field and thus with plenty of time on her hands, Charlie readily welcomes a distraction from real life.
Under normal circumstances, Charlie Flint would have consumed all the media coverage of the trial of Philip Carling’s killers. It wasn’t quite the sort of murder that was right up her street, but there were good reasons why this particular case would have interested her. But nothing was normal right now. Her professional life was in shreds. The destruction of reputation, the prohibition against doing the one thing she’d ever been any good at and the continued threat of legal sanction alone would have been enough to distract Charlie from the news stories. But there was more.
The headline news in Charlie Flint’s world was that she was in love and hating every minute of it. And that was the real reason she was oblivious to all sorts of things that normally would have fascinated her.
The narrative alternates between a third-person focus on Charlie’s inquest and and a personal narration as Jay Stewart writes a sequel toUnrepentant, her successful misery-lit memoir.
As a child Jay was neglected by her drug-addled mother, then repressed by a domineering stepfather when her mother went from hapless junkie hippie to born-again Christian. For her getting a place at Oxford meant the most certain way of leaving her gruesome past behind. After graduating Jay founded a prosperous dot.com company, selling it for millions shortly before the digital bubble burst. She is now running another successful website. Yet every time someone stands between Jay and ‘what she wants they simply happen to die.’
It seems it is now Charlie’s job to find out whether Jay is the ruthless serial killer Corinna suspects or merely the victim of a fateful series of coincidences. The story telling is crafty and the way ‘two’ versions of the same story unfold makes it more compelling and provides a few inside/internal cliffhangers.
Trick of the Dark is a terrific page turner so make sure that you have a free weekend before embarking on this novel – turn off your mobile and ignore outside distractions – because, once you start, you won’t be able to stop until you reach the end.