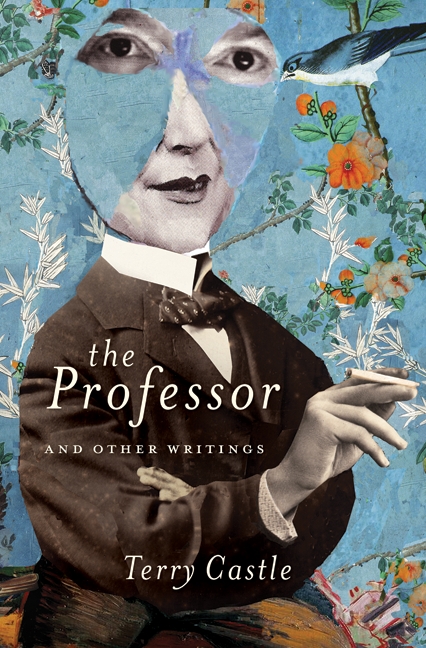 “Courage, Mon Amie,” the first essay, explores women’s interest in WWII studies. Castle discusses her curiosity about the lives of army nurses, especially the lesbian ones, and visits an ancestor and veteran’s grave site.

Continuing the theme of family, Castle contrasts her love of jazz player Art Pepper with the distance she keeps between her similarly violent but much less charismatic step-brother in “My Heroin Christmas.” She adores how butch Pepper was and hardly puts his autobiography down over the holiday. Yet, when she remembers her likewise crude step-brother launching himself off of the house banister, she does not feel remorse. She recalls her mother smiling for a split-second and cannot find it within herself to think ill of the moment. Even when he at last succeeds at killing himself, she is relieved.

The next essay, “Desperately Seeking Susan,” describes Castle’s rocky friendship with late writer Susan Sontag. Susan, too, was found family, though more distantly than the characters of “Sicily Diaries.” She was a marvel to be around but often difficult to predict and entertain, and Castle grapples with how to remember her.

“Home Alone” also deals with honoring the dead. In the wake of 9/11, Castle asks herself how she can go on with the luxurious habit of subscribing to dozens of house magazines, especially when some of her favorites completely ignore the tragedy happening just beyond their borders. Comparing interior decorating and fear, she wonders why she needs beautiful living space. The quick answer? Because her mother doesn’t.

In “Travels with My Mother,” she confesses her ongoing rebellion against her mother’s taste as she recounts their visit to the Georgia O’Keefe museum. Castle’s mother worships O’Keefe. Meanwhile, Castle is an adult hipster and also butch, neither of which her mother likes. Additionally, Castle mentions that she made the gorgeous cover for The Professor and pitches her blog, “Fevered Brain Productions, http://terry-castle-blog.blogspot.com/, which showcases her other colorful, feminist collages.

The final and title essay chronicles Castle’s grad school relationship with a female professor. She compares this to another that she has, years later, with one of her own students. All this occurs against a backdrop critique of lesbian music and a celebration of pre-Prop 8 engagement. Combined, the different elements make this essay a nuanced, strangely mournful picture of lesbian love and culture today.

Read The Professor and you will become smarter, slightly depressed, and more hip in the seventies. I highly recommend it.

One Reply to “Holly reviews The Professor by Terry Castle”