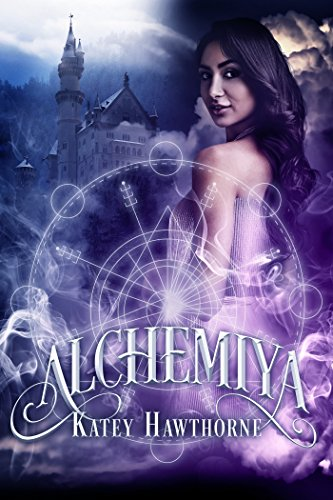 This story takes place in Chrysopoeia, a land where the art of alchemy is a celebrated craft that is known and practiced only by the higher class clans.  Each clan has a particular form of alchemy that they have honed through generations to produce vibrant dyes, textiles, fragrances, gems, and metals.  Our protagonist is Eugenia, a young woman born into a life of privilege as a member of the Ratna clan.  Although Eugenia is very talented in her family’s particular branch of alchemy, the secrets of their alchemical history are forbidden to her because of her gender.  In this patriarchal society, wealth and knowledge are passed down through the men of the family.  A woman’s station in life is determined by the station of the man she is born to, and later, the man she marries.

This society strictly adheres to patriarchal power dynamics, a strict gender binary, and heterosexuality.  As a woman who is driven to practice her family’s craft, Eugenia is a black sheep, but is tolerated as an oddity.  However, she is ostracized by polite society when her tryst with another woman becomes a public scandal.

The standing of the Ratna clan is powerful enough that, despite Eugenia’s disgrace, they are still held in high regard.  Eugenia is forced to participate in social activities at the behest of her father and brother, despite her unofficial status as a pariah.  At one social gathering, Eugenia is approached by the incredibly eligible bachelor Oliver Plumtree.  Oliver is the head of the one of the oldest and best-regarded families in Chrysopoeia.  His interest in a person who has faced the disgrace of such a scandal shocks the community.  Eugenia is flattered by the attention, and is drawn to Oliver in a way that she has never found herself drawn towards a man.  We soon learn that the reason for this inexplicable attraction is…

… Oliver is actually Olivia!  Oliva and Oliver were a set of twins.  When the male twin (and sole heir) died as a small child, the family made the decision to raise Olivia as Oliver, ensuring that the Plumtree family’s wealth and alchemical secrets wouldn’t fall into the hands of jealous and greedy relatives.  Jane Austen once said, “It is a truth universally acknowledged, that a single man in possession of a good fortune must be in want of a wife.”  Olivia is no exception.  And who better to keep Olivia’s secret than Eugenia, a woman who is vocal in her resistance to the heteronormative, patriarchal status quo?

Eugenia is thrilled by this revelation.  This marriage would provide her with freedom from her domineering male relatives, the opportunity to hone her alchemical craft in earnest, and a chance to find love in a world that aims to deprive her of that possibility.  Of course, it wouldn’t be much of story if there weren’t a few bumps in the road for Eugenia and Olivia to overcome.  Eugenia, despite her best efforts, ends up creating trouble for herself and for Olivia, and we get to enjoy watching her try to claw her way out again.

This is a fun, fast read that, despite being easy breezy, still touches on important topics such as gender identity and intersexuality.  The author knows how to spin a good yarn, and gives us a protagonist that is sometimes delightful, sometimes petulant, and sometimes both of these things at once.  This is the first Katey Hawthorne book that I’ve read, but it sure as heck won’t be the last.