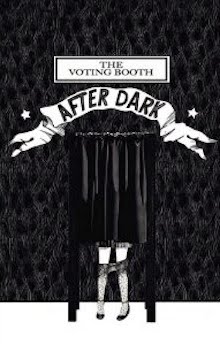 This book is a little difficult to review, because it’s not a novel. It doesn’t have a plot. It’s a collection of fragments, snippets, of different people’s lives. The description calls it a collection of short stories and poems interwoven into a narrative that follows a group of addicted gay & lesbian Latino club kids destroying themselves throughout the course of the 2008 elections. It’s unclear which fragments/poems are attached to which narrator. The narrators rarely get names.  Instead, you just get a sense of the overall frustration, self-destructiveness, and even despair of the group as a whole. In that way, all their lives weave together.

I found it a little like reading scraps of people’s diaries. The context wasn’t given, nothing was explained for you (including things that seem like inside jokes), and it wasn’t always grammatically correct. It felt authentic, but it also completely lost me a couple of times. Despite the blurb, the election wasn’t given as much attention as I was expecting. It’s more of a setting and context for the stories than the focus of them. The subject matter is dark, from addiction to suicide attempts. It’s definitely not a light read.

The Voting Booth After Dark is an unusual little book (only 70 pages), but if you enjoy taking a peek into the minds of people, you should find it interesting.