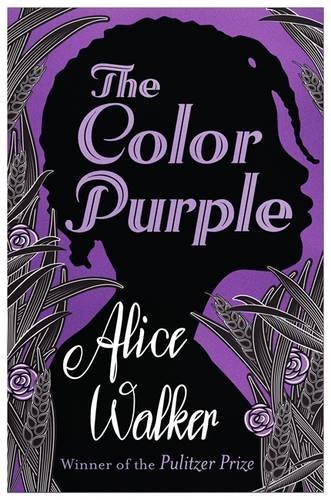 It’s hard to know what to write about a book like this, which is so well renowned, and so important. This was a work that I’d heard mentioned many, many times, and one that I felt a little ashamed of not having already read. (In fact I had multiple people say that they thought I had already read this when I pulled it out to read.) So it seemed like the obvious choice to start out my Year of Reading In Color.

It’s funny the sort of things you take in about a classic book before you read it. I knew this was supposed to be an excellent, moving novel. I knew it covered dark subject matter, and it seemed to be referenced as quite bleak. I also knew there was some lesbian element to the book, though this always seemed to be an afterthought in reviews, which made me think it was subtextual. I didn’t know that the book was an epistolary novel, complete with misspellings and a lack of quotation marks. I didn’t know that the lesbian relationship in not at all subtextual, and I would argue the heart of the book is love between women. I also didn’t know that despite the dark material, this is an incredibly life-affirming book.

And it does cover dark material. In fact, Celie’s letters to God (the format of the book) begin with her description of being raped by her father. After leaving her father’s house, she enters into an unhappy marriage with a man who insults and beats her. And this is on top of the more general oppression of living as a black woman in the American South in the 1930s. A lot of this book seems to center around survival, and at the beginning of the narrative, this seems to be Celie’s only goal, which is difficult enough. She is quiet, afraid to stand up for herself, and she feels as if she is passing time until she can reach heaven. One of my favourite things about The Color Purple, however, is that it demonstrates many models of how to be a woman and how to survive. Nettie, Celie’s sister and only real family, is clever and defiant, and Sofia is passionate and proud and will return any violence aimed towards her. Despite all dealing with misogynoir, these women all respond differently and find different ways to survive and grow, and there are many more women (Shug, Mary Agnes, Tashi, etc) who fight against the racist and sexist limitations in their lives in their own ways.

Not only is there this abundance of diverse, complex female characters, but they also form a network of support with each other. Despite having very different personalities, and occasionally butting heads, as Celie’s life continues, she forms a nontraditional family that encompasses blood family, friends, exes, and a lot of what we would now consider polyamorous relationships. What seems to start this for Celie is her relationship with Shug, who is an on-again-off-again lover of her husband’s. When Celie sees a picture of Shug, she immediately falls for her, and eventually they enter into a relationship, despite both of their husbands. I wondered while reading it if Shug would be seen as a biphobic stereotype by today’s standards, because she freely moves between relationships with men and women, and is probably the most sexual character of the book. But she’s also such a strong, supportive, loving character that I personally can’t see it as negative. This relationship, along with her love of her sister, is really what felt like the core of the novel for me. Between her love of Shug and her sister, Celie is able to find support and piece together a family. She also–maybe because she grows up, maybe because she’s surrounded by so many take-no-shit women–develops a better sense of herself and what is possible in her life. Celie’s character growth is slow and subtle, and it’s so rewarding.

There is just so much packed into this book. Reading it once feels like just skimming the surface. Walker has so many interesting things to say about not only racism and sexism, but also colonialism in Africa, black women raising white women’s children, and religion and spirituality. The discussion that Shug and Celie have about the nature of God (and the color purple) is profound even for an atheist reader. I want to read more responses to The Color Purple, because I know that I have missed so much, and I know that this will be one to revisit over and over. I can’t believe that this novel has somehow had its lesbian content downplayed in my experience in how its discussed, not only because Celie is unabashedly gay, but also because this is a story that so obviously celebrates every kind of love between women. I cannot recommend this book highly enough.

14 Replies to “Danika reviews The Color Purple by Alice Walker”