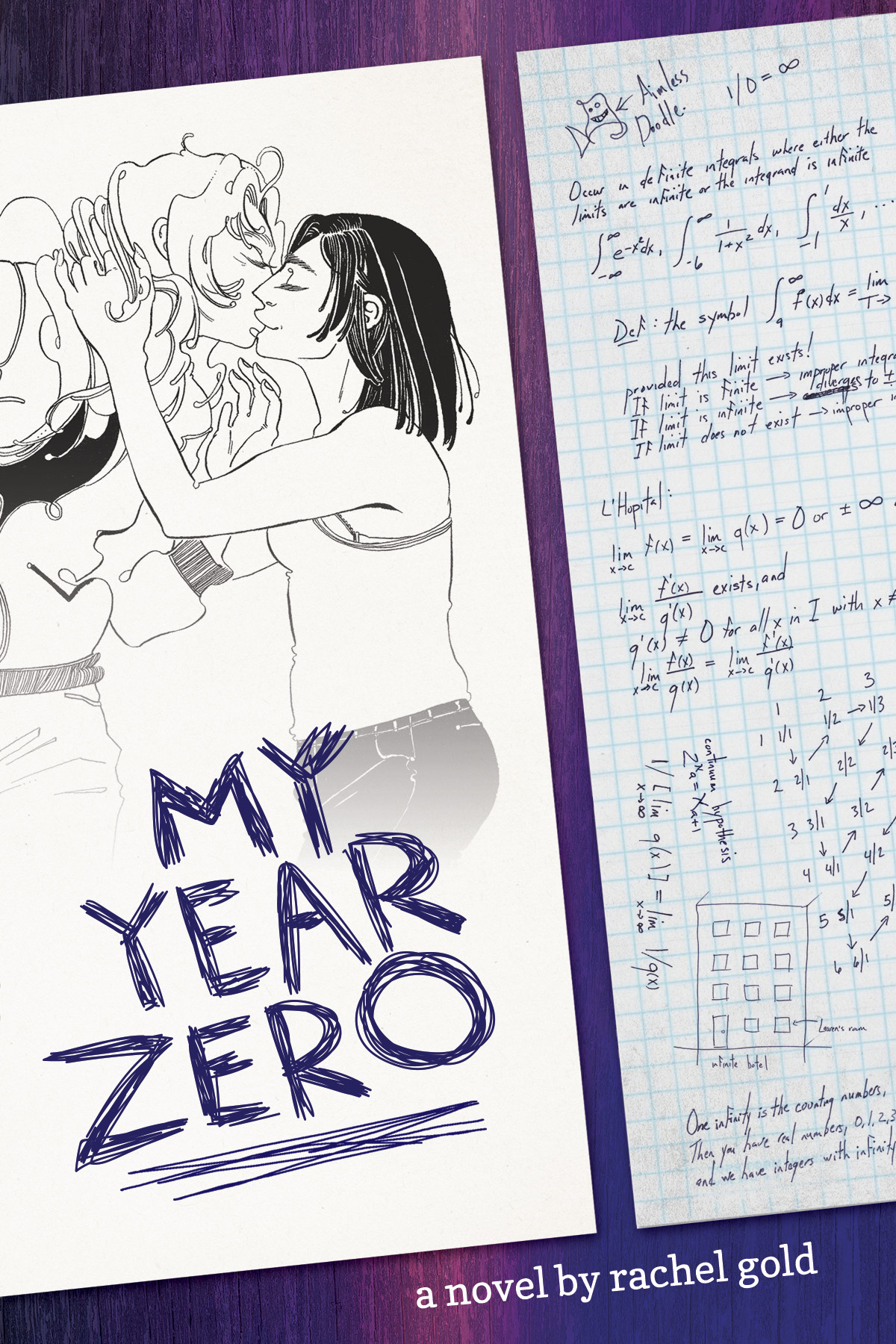 When I met Blake, I had no idea that she would destroy my life.

My Year Zero makes for a great addition to the lesbian YA genre. In a lot of ways, it’s a refreshing change from the standard lesbian YA narrative. Lauren is a Jewish teenager with an emotionally neglectful father. One of the other major characters is bipolar. Add into this mix an unhealthy first relationship, a group storytelling/roleplaying website, and an enthusiasm for math, and you have a lot more to juggle than most queer YA I’ve read attempt to do.

This also isn’t a coming out story. The first page includes the paragraph

A few months after I turned sixteen, I figured it was time to have sex. Almost half of American teens have had sex before they turn seventeen, so if I could get laid this year I’d be a little ahead of the curve. And I’m talking girl-girl sex here, so it wasn’t like I had to worry about getting her pregnant.

One of my favourite parts about My Year Zero is the strong voice. Lauren sounds like a teenager. She’s funny, relateable, and sometimes in way over her head. I was hooked from that first sentence, and the more I learned about Blake, the more intrigued I was. As a personal preference, I loved the focus on the collaborative storytelling group that Lauren joins. I was part of a similar community when I was a teenager (though it was more roleplaying than original storytelling), and it was partly how I began my first relationship.

Like Just Girls, I thought My Year Zero managed to weave all these aspects together smoothly. This actually reminds me of the requests I often see on tumblr about the kinds of stories they want to be reading. It’s intersectional and doesn’t just focus on coming out. I can’t speak to the portrayal of mental health or Lauren’s Jewish identity–though I have seen some criticism of both from reviewers who are better informed–but on the whole I think this is a very necessary addition to the canon. In fact, Rachel Gold seems to be doing now what Julie Anne Peters did ten years ago: pushing LGBT representation in YA forward, one book at a time, making room for even more representative and authentic stories to come.

3 Replies to “Danika reviews My Year Zero by Rachel Gold”