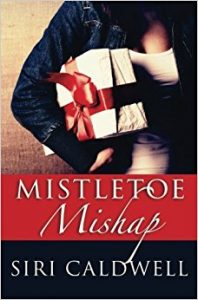 I went into this fully expecting it to be lesbian Christmas erotica–which would have been fine, as a fun, quick read! Instead, Mistletoe Mishap has a lot more nuance that I expected. Viv and Kendra are married, and their sex life has fizzled out a bit. Kendra is trying to reintroduce sex to the relationship, and they begin to negotiate their physical relationship. I appreciated that this acknowledges that it’s easy to fall into a rut in a relationship, and that it can even be a bit awkward to try to regain it. Although they have been together a long time, Kendra is still insecure about whether Viv has anywhere near the same sexual drive towards her as she has towards Viv.

It’s also nice to have a romance between two women who are not teens or twenty-somethings. They’re middle-aged women, and they’re both mature, as well as being settled into their professions. They’re both scientists! And professors. It’s not discussed a lot, but there’s an undercurrent to the plot about being semi-closeted and how that affects their relationship. Through this little bet for who can make each other have the most orgasms, there are also subtle shifts in their relationship outside their sex life, including how much they hide their relationship while out in public (especially at the university they teach at).

In fact, despite the premise, I would call this more of a romance. There are sex scenes, but they aren’t as much the focus as their relationship in general is. If you’re in the mood for a short, holiday-themed read that has sex scenes, but also some nuance around negotiating an established relationship, I think this is well worth the read!