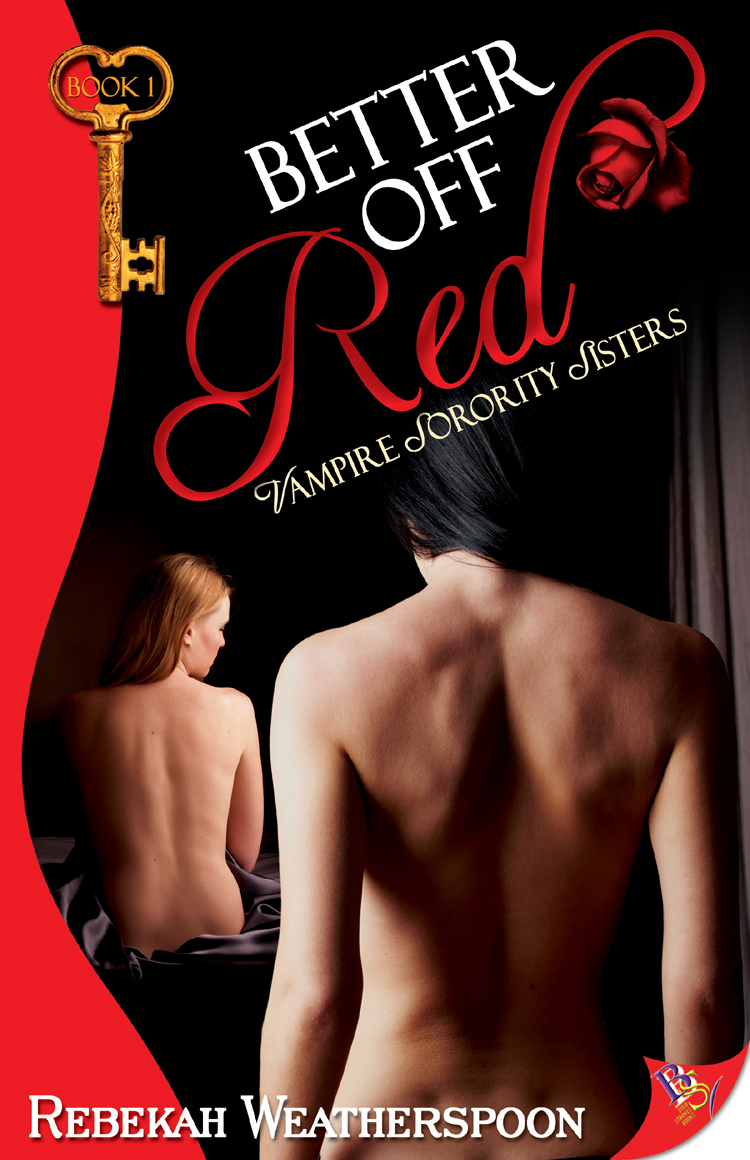 I don’t read a lot of romance or erotica, but I figured that this month, in honor of Valentine’s Day, I would give the genre another shot. I was immediately intrigued by the premise of this one: vampire sorority sisters? I’m in. And for the most part, this is exactly the kind of smutty, light read I was looking for. I would say this leans more to the erotica side of things, because there is usually sex every couple of pages.

Part of the reason that I enjoyed this more than I was expecting was the voice. I liked the little bits of humor thrown in to Ginger’s inner monologue, like her musing that “Maybe it was the right moment to tell Amy I was seventy-seven percent sure I was a lesbian.” I also felt like the characters were strong and compelling, including many of the side characters. I’m really looking forward to the sequel that focuses on Cleo (and Benny), because she was my favourite supporting character. There is also quite a bit of racial diversity in the supporting characters, which I appreciated, and it was interesting to see how all these different personalities dealt with the same unusual situation.

I also was somewhat unfairly influenced because I have been watching Mark Reads Fifty Shades of Grey, and that book sets a spectacularly low bar. But especially in contrast to that experience, I really liked the dynamic between Ginger and Camila. (Yes, the lesbian vampire love interest is named Camila. I appreciated the nod to the classic lesbian vampire story.) Camila is a vampire and has significantly more power and influence than Ginger, but they still manage to have what I considered a healthy relationship. There is a push and pull between them, but Ginger feels capable of setting limits and they both communicate honestly. I can definitely see what Ginger gets out of the relationship. (And despite the plethora of sex scenes, they didn’t get too repetitive.)

My only real problem with the book was the plot. For one thing, if I discovered that hell, demons, and God were all real, I would have some follow-up questions no matter how distracting by hot new vampire girlfriend was, but Ginger doesn’t seem curious at all about the details of this. The plot moves fairly slowly through most of the book, but I was enjoying being immersed in the world and in Ginger and Camila’s relationship. The end of the book, however, packs a lot into a short space, and it felt rushed to me. I would have liked to see it more evenly plotted throughout the book, but overall I really enjoyed this and will definitely be picking up the sequel.

4 Replies to “Danika reviews Better Off Red by Rebekah Weatherspoon”