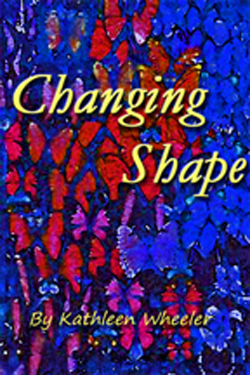 Elizabeth Thornton has worked hard to get where she is in life. An only child raised by a single mother in a small Colorado town, she has risen through the ranks and sits at the top of her field. She has a great career with a top company, a townhouse in a prestigious Boston neighborhood, and all the trappings of success- everything she thought she wanted; but for some reason she hasn’t found the one thing her soul most yearns for. When her mother is diagnosed with cancer, Elizabeth puts her life on hold to return to Colorado to see to her care. A recent transplant to Carbondale, Hailey Jensen is starting over in a new life of her own making, far away from the daily reminders of everything that she was and is. She is soon befriended by the local bakery owner who becomes a sort of mother figure and forces Hailey to face her demons when she suddenly collapses at work. This is the story of 3 women, whose evolving relationships with themselves and each other teach them how to be who they are, how to be brave in the face of deep potential sorrow and that love can come from surprising places and take surprising shapes. Can the bonds they forge with each other survive the cards they’ve been dealt?

This is Kathleen Wheeler’s first book and she’s given us three interesting and dynamic characters in Elizabeth Thornton, her mother Patty, and Hailey Jensen.

Hailey comes from an affluent and wealthy family and was raised interacting with the “upper crust” of society.  With the recent death of her father she has inherited the family wealth and business.  However, despite all these advantages she didn’t get to adulthood unscathed.  Her brother was left brain damaged, and eventually died, when he as in a car accident at the age of 17.  Hailey’s mom was the one driving the car and shortly after the accident she abandoned the family and ran off with another man.  Hailey was only 9 years old at the time.  As a result, Hailey has had abandonment issues and protects herself emotionally from people who could hurt her in a similar way.

Elizabeth was raised by her single Mom who struggled financially to raise her daughter while starting and building her own business, “The River Rock Bakery”.  They may not have had a lot of money but Patty made sure that Elizabeth knew that she was loved and supported.

When Elizabeth’s mom falls ill she receives a call from Hailey, who is friends with Patty, explaining that Patty is in the hospital and that Elizabeth should fly out to Colorado asap.  Throughout the rest of the story the reader learns more about all three women and gets to watch as their relationships intertwine and deepen.

This was an enjoyable easy read.  When I say easy I mean that I wanted to finish the story although I was not compelled to read it in one sitting.  What I enjoyed about it was that both Hailey and Elizabeth were strong, smart, successful women.  Yes, they each have issues they need to address, but neither of them came across as being “damaged” or caricatures.  Rather they felt like real people who I might encounter (if I hung out with millionaires) in everyday life.  If you enjoy romance novels I would definitely recommend this and I’m looking forward to Kathleen’s next story.