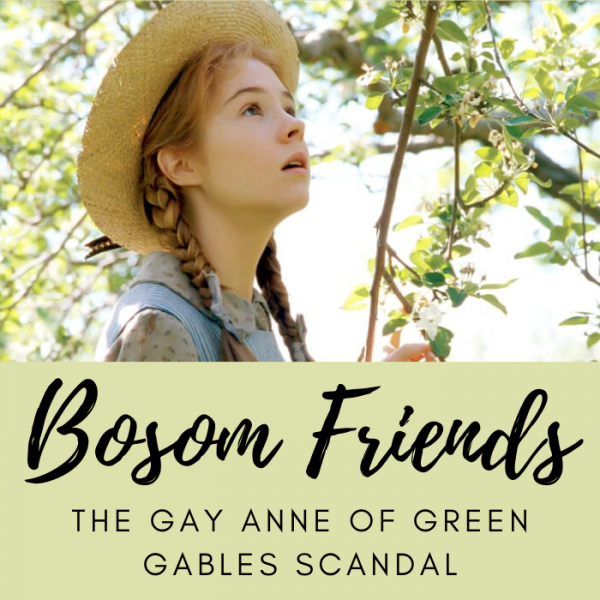 Anne of Green Gables was always a book that my mom really wanted me to love, which meant introducing it to me too young, and me stubbornly refusing to read it. (I think I decided that I wouldn’t like it entirely based off the first sentence. Which, on reflection as an adult, is delightful.) I didn’t pick it up my entire childhood. It wasn’t until I was in my mid-twenties that I decided to give it a go, and I found myself surprised by a few things: 1) my childhood self was wrong: it’s a delight, 2) Anne is not the Pollyanna figure I was assuming she was–her personality is much more complex and relateable than that, and 3) … it’s a little gay, isn’t it? 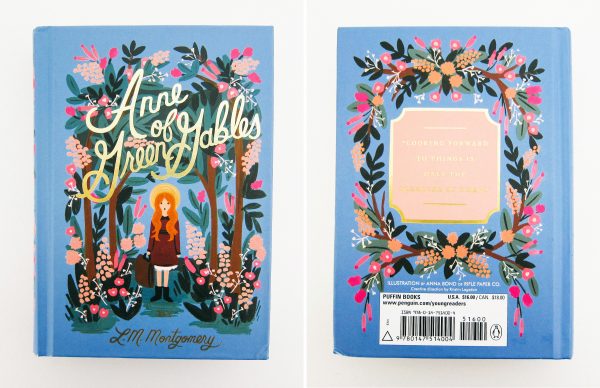 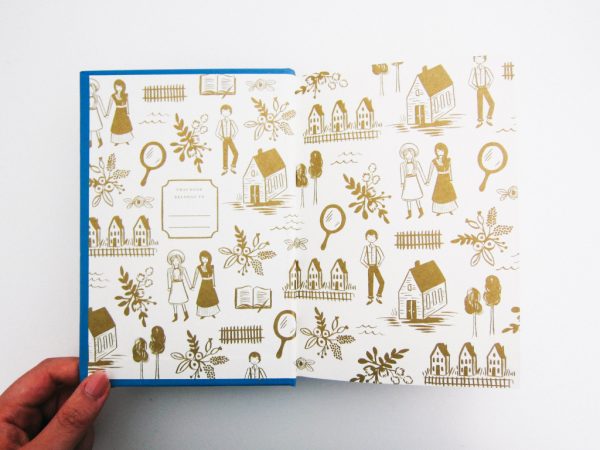 This is the edition I want, purely because of these end papers.

Anne’s friendship with Diana definitely approaches the Victorian “romantic friendship” zone, at the very least. And I’m not the only one to notice! There’s even a Wikipedia page devoted to a gay Anne of Green Gables: the Bosom Friends Affair.

In short, in 2000, professor Laura Robinson published a paper named “Bosom Friends: Lesbian Desire in L. M. Montgomery’s Anne Books,” where she argued that Anne had more passionate relationships with her female friends than her male love interest.

Cue media furor, including claims that her paper would hurt tourism for Prince Edward Island. In response to the backlash, queer Anne fans created an Anne Made Me Gay cabaret!

I solemnly swear to be faithful to my bosom friend, Diana Barry, as long as the sun and moon shall endure. Now you say it and put my name in.

She’s quick to pledge her undying devotion to Diana. (Diana follows her oath up with: “You’re a queer girl, Anne. I heard before that you were queer. But I believe I’m going to like you real well.”)

“And I will always love thee, Diana,” said Anne, solemnly extending her hand. “In the years to come thy memory will shine like a star over my lonely life, as that last story we read together says. Diana, wilt thou give me a lock of thy jet-black tresses in parting to treasure forevermore?”

Anne is a romantic in all things, and nothing more than her relationship with her “darling Diana.” When they’re forbidden to speak, Diana writes her a note, and Anne kisses it upon reading it. She sleeps with Diana’s letter under her pillow.

Diana stood at the window and threw kisses to me all the way down to Lover’s Lane.

She certainly acts like a young queer woman in love with a straight girl:

“I love Diana so, Marilla, I cannot live without her. But I know very well when we grow up that Diana will get married and go away and leave me.”

I can’t help but read Anne as bisexual. And what an amazing character to add to the ranks of queer fictional icons. No, she wasn’t written to be bisexual. But art grows up, it talks back to you. Regardless of what LM Montgomery intended, the way the story exists in the world today is slightly different, and there’s nothing wrong with that. We bring our own experiences and context to a work, and sometimes that opens up whole new possibilities in a story.

(How do I know it wasn’t what LM Montgomery intended? Because she had an admirer, Isobel, who spoke much like Anne did about Diana: “You’re the dearest thing in all the world to me. I’ll die without you.” She was (over-the-top) disgusted by Isobel’s advances.)

Montgomery might have meant us to laugh at over-dramatic Anne and her passionate romantic friendship with Diana, but we don’t have to. We can see a kinder option, that doesn’t see Anne’s feelings as silly, but instead as just as valid as her feelings for Gilbert. Anne has such staying power as a character because of her bold, unapologetic personality, so why not allow her to love just as boldly, just as unapologetically, just as unencumbered by social conventions? To a queer Anne of Green Gables! The bisexual icon we deserve.

This originally ran at Book Riot.

One Reply to “Bosom Friends: The Gay Anne of Green Gables Scandal”