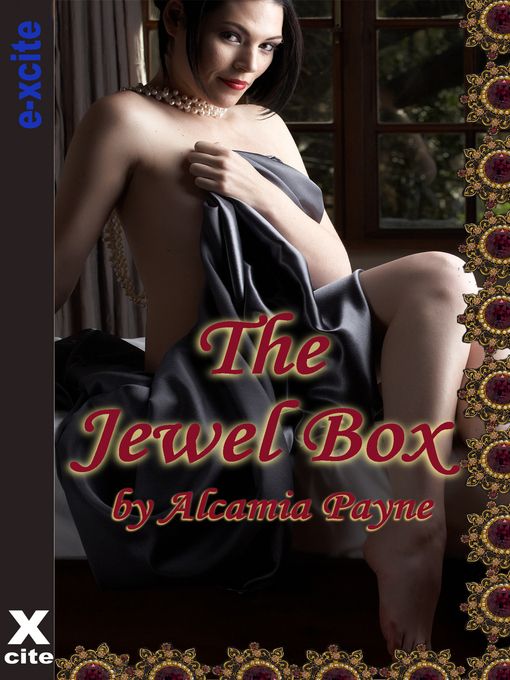 Clemmie Beaumont is a just-widowed southern belle who prefers the company of women. Pearl, a recently freed slave, is her new maid. She’s described as a sensual, “exotic” creature who has been watching Clemmie from the shadows and jumps on her first opportunity to slide a well-formed and “dextrous” [sic] toe up Clemmie’s skirts. Yes, The Jewel Box, by Alcamia Payne, is that kind of story, in which women meet and then, an hour later, are riding out toe-inspired orgasms in public. Clemmie also has a box of jewelry which could save her plantation from financial ruin if she sold the contents, but she isn’t willing to part with any of those bright baubles–mirroring the fact that she’s not willing to sell herself to a new husband, even though she’s strikingly beautiful and could have her pick of men. Instead, she and Pearl [Spoiler Alert], who by the end of the story (perhaps even the end of their first mutual sexual encounter, it’s not clear) consider themselves married, have concocted a plan to rob other members of Clemmie’s social class at fancy parties.[1]

I am sorry to report that the story (a slim 70 pages) is wildly improbable at best. The historical setting–the waning days of the Civil War–is potentially interesting. Just think, one could explore race, class, post-war economics (beyond the light treatment that drives Clemmie’s dilemma), sexuality and gender roles, and so on. However, the way characters interact, and Clemmie’s opinions, are decidedly modern. Clemmie is known to parade around her plantation in men’s clothing, believes women and men and blacks and whites should be equals, etc., but also seems unwilling to indulge her forbidden desires. She casually accepts the toe-fondling, then initially pleads innocence when Pearl offers her more intimacy. After that initial encounter, the author lets weeks pass during which, it is revealed later, they have circled each other in a dance of increasing sexual fascination. However, that build-up is tossed away in a few lines of dialogue, in favor of an encounter over Clemmie’s jewels that takes up half the story.

The overall concept–a forbidden affair between a privileged white woman and a former slave–could have been handled better in about a hundred different ways, but it was really the writing that disappointed the most. Take, for example, this sentence, which is something that Clemmie thinks idly to herself: “That hard rod beneath a man’s pants doesn’t arouse me in the least, whereas the prospect of that soft triangle of pink flesh concealing the womanly jewel makes me run like a river.” Between the flat characterizations, the strangely fast-then-slow seduction story, the constant comparison of female anatomy to jewels, and choice phrases such as “opulent breasts,” “pendant orbs,” and “formidable clitoris,” this short novella managed to drag on an epically long time.

[1] Which Pearl attends with Clemmie, even though she is a former slave. And dressed, not as a maid, but in Clemmie’s clothes. They have matching diamond nipple piercings. Er, spoiler.