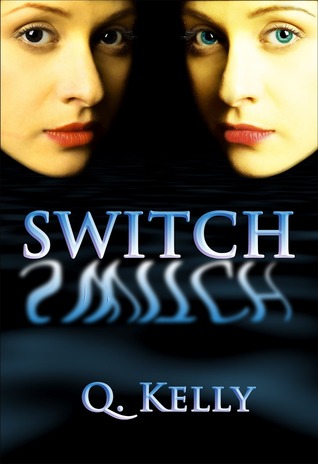 I read and enjoyed Q. Kelly’s novel Strange Bedfellows, and was glad to have the opportunity to read her latest book, Switch. Kelly says on her website that most of her ideas are adapted from real events, and this book addresses the repercussions in the lives of two women when it is discovered that they were switched at birth–forty years ago.

Ellora Landry and June Blue Sky meet for the first time in the aftermath of the discovery that a local nurse switched several sets of babies. Ellora, who has taken her settlement money and left her husband scant hours before, immediately finds June attractive, although her identity as a lesbian has been purely speculative to this point. Though magnetically drawn to June, she has plenty of emotional baggage and secrets that are too painful to reveal to a near-stranger.

June, raised by free-loving parents and often disappointed in her romantic relationships, has a secret of her own. Despite the fact that it is absolutely the wrong time for either of them to become involved with someone romantically, they embark on a “no-strings” sexual relationship that quickly evolves into something deeper. The complications of Ellora’s conservative parents (who insist on trying to view June as “Ellora’s sister” and don’t approve of homosexuality), June’s overprotective sister, Ellora’s past, and June’s condition seem almost overwhelming.

Kelly is good at taking a “what-if” situation and making it seem real. This story, like Strange Bedfellows, had an emotional weight that took me off guard at some moments. The clash of cultures between Ellora’s family and June’s family was particularly well-rendered, and the alternating viewpoints both endearing and infuriating: “They wouldn’t fall in love, and they would be awesome fuck buddies.” An interesting read.