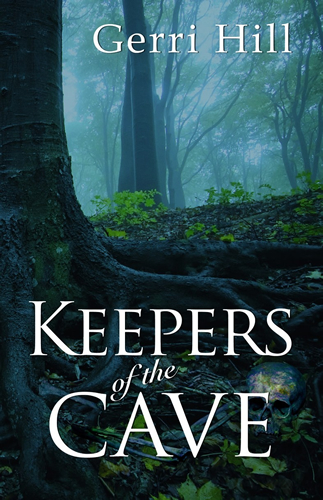 Gerri Hill, known for writing romances and “straight” procedural mysteries, dips a toe into paranormal waters with Keepers of the Cave (published July 2012), in which FBI agents Paige Riley and CJ Johnston are sent undercover to a girls’ reform school, situated adjacent to a creepy community of cult-like family members. The community of Hoganville is under suspicion in several cases of missing people dating back over fifty years, but the enclave is populated only by Hogans, most of whom are completely off the grid. To get as close as possible to their suspects, Paige and CJ find themselves feigning newly-bedded lesbian bliss and posing as a gym teacher and a security guard at the nearby all-girls’ school, also connected to the Hogans. Unearthly howls disturb the peace at night, and the Hogans on staff at the school are . . . a bit odd, to say the least. As Paige and CJ struggle with their attraction (and memories of a one-night encounter months ago), trouble in Hoganville escalates. Will they uncover the mystery of the caves before it’s too late?

Hill takes a lot of the mystery out of her mystery early on by alternating chapters from Paige and CJ’s viewpoints with those from the cult leader “Mother Hogan” and Fiona Hogan, a sympathetic figure who teaches at the school and suffers the horrific consequences of interaction with the creature who inhabits the caves. Mother Hogan’s powers are otherworldly, and her relationship with the creature and the flock of Hogans is definitely creepy. The plot suffers a bit from genre confusion–as if it can’t decide whether to fully commit to mystery or romance, and transitions between them are sometimes choppy–but the sexual tension is realistic (even if the circumstances of the plot are somewhat unbelievable) and the “bad guy” perspectives were an interesting twist. However, Hill also throws in viewpoint sections from Paige and CJ’s male partners, as well as another male FBI agent, when the story might have benefited from more streamlined perspectives. Despite this, Keepers of the Cave is a quick and engaging read.

One Reply to “Anna M. reviews Keepers of the Cave by Gerri Hill”